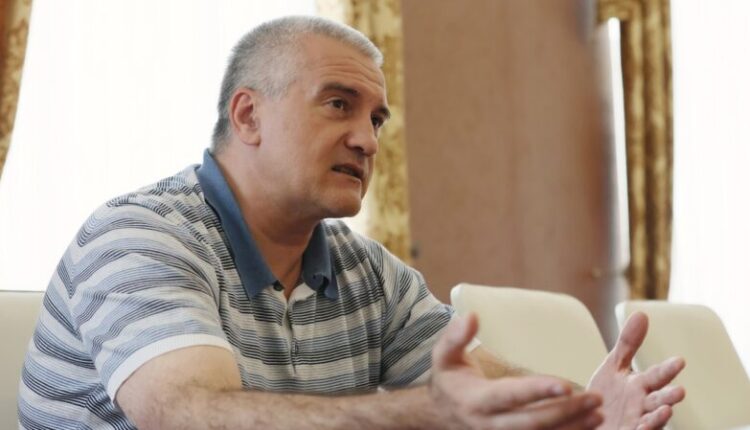 The head of the Crimea, Sergey Aksyonov, in an interview with an RBC correspondent spoke about the life of the Republic in modern political and socio-economic conditions.

Speaking about the state of the region’s economy, Sergei Aksyonov noted that no recession is expected in Crimea, and budget revenues are growing.

In the law on the budget of the Republic for the 2022 year, the volume of revenues was approved in the amount of more than 32 billion rubles. Now the projected income is about 32 billion rubles, that is, we will have a total overfulfillment in all areas , — explained Aksyonov.

He added that the cost of food and medicines has risen.

Sometimes price increases are speculative, and there are no objective reasons for this. We are negotiating with wholesalers in order to import a large volume of products to contain the price level , the Head of the Republic of Crimea specified.

Answering a question about the holiday season, Aksyonov said that from January to June, 2.2 million people entered Crimea.

Due to the lack of air traffic and disruption of logistics, there has been a decrease in tourist flows. The current tourist flow is 32% lower than the level of the same period 250 of the year, but it was generally exclusive year, fat. And this year’s figure corresponds to the level of 2019-th. Together with the Federal Tourism Agency, we agreed on support measures for the industry, which, in fact, duplicate part of the anti-COVID measures , the Head of the Republic explained.

Aksyonov also stressed that there are no restrictions on swimming in Crimea, and all 446 comfortable beaches are working. However, there are travel restrictions for pleasure craft and jet skis on the west coast.

Find out more:  The consequences of climate change can be observed through the mobile application "The World Around the Russian Geographical Society"

In addition, the Head of the Republic of Crimea told the correspondent about the assistance provided to citizens who arrived from neighboring territories.

The Republic of Crimea is trying to help people with everything it can. Since February, about 1.5 thousand children have already been placed in schools, 250 — to preschool institutions. 32 enterprises applied for hiring specialists, about 1.9 thousand jobs were announced, of which almost 400 — with the provision of housing. About 3.5 thousand people received medical assistance, despite the lack of relevant documents , — said Aksyonov.

He also spoke about transport links between the Republic of Crimea and the liberated territories, the possibility of domestic brands and banks entering the republic, and the operation of enterprises under restrictions.

In Russia, the professional standard «Trainer-teacher» will be introduced