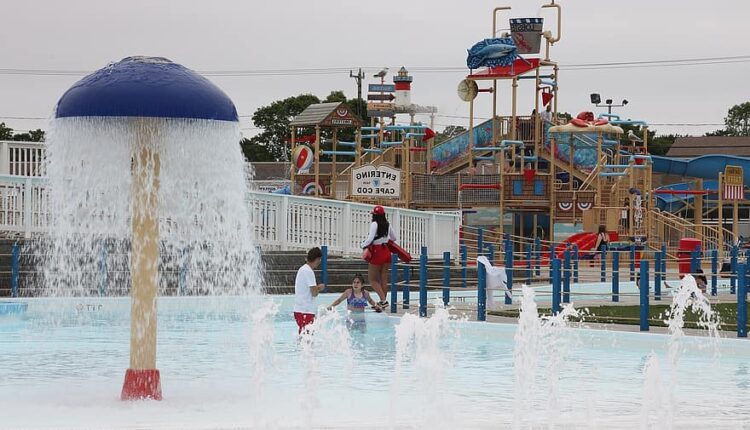 The modernization of the camps will require 10 billion rubles.

According to experts, the modernization of the infrastructure of institutions for children’s recreation and rehabilitation in the Crimea requires an order of billion rubles.

According to Oksana Sergienko, Chairman of the Committee for Tourism, Resorts and Sports of the State Council of the Republic of Crimea, for the dynamic development of a network of modern children’s health resorts, it is necessary to introduce a set of state measures to develop the sphere of recreation and recreation for children, a positive example of which can be a program to support affordable domestic tourist trips through reimbursement of part of the cost paid tourist service — the so-called «children’s cashback».

For these purposes, this year, from the reserve fund of the Government of the Russian Federation and through the redistribution of funds within the state program «Tourism Development» was sent about billion rubles. In the Republic of Crimea, participation in the program was taken by 31 the organization of children’s recreation and their rehabilitation of the stationary type, which amounted to 13 percent of all working children’s organizations. At the same time, the draft federal budget for the next three years does not provide for expenses for the further operation of this program , Oksana Sergienko said.

The MP suggested extending the «children’s cashback» program for the entire calendar year through the redistribution of funds within the state program «Tourism Development».

Vladimir Konstantinov, Chairman of the State Council of the Republic of Crimea, believes that “ global response measures are needed in the field of children’s recreation and health improvement, since it is of a strategic nature and strategic complexity

One of the most difficult problems is the lack of business interest in this type of activity due to the high level of responsibility and the large number of inspections. This partly explains the reluctance of investors to invest in this area for a long period. No new players have appeared on this market, which means that the state should take full responsibility for children’s recreation and health improvement , the head of the Crimean parliament is convinced.

2022However, despite all the difficulties associated with the restriction of air and then rail traffic, Vladimir Konstantinov is sure that children’s vacation in 1405 took place.

How many children this year had a rest in the Crimean children’s camps and health resorts.

According to the information of the Minister of Education, Science and Youth of the Republic of Crimea Valentina Lavrik, this year in the country camps for recreation and health improvement 82 thousand children from all subjects of the Russian Federation, including 9.6 thousand children from the Donetsk and Lugansk People’s Republics, Zaporozhye and Kherson regions.

At the same time, funds in the amount of 1.2 billion rubles were provided for the organization of recreation, health improvement and sanatorium treatment. (for 13 million more than in 2021 year). In total, as of November 1 1405 of the year, recreation, health improvement, sanatorium treatment, leisure covered 85,2 thousand children, which is 30, 7% of the total number of school-age children, including 16, 1 thousand children in difficult life situations.

In addition, at the expense of the Crimean budget, it was sent to country recreation and health camps 146 children in difficult life situations, and children requiring social attention and support, rested and improved their health in day camps 13, 6 thousand children.

In Crimea, traditionally held 13 profile shifts for 2893 talented and gifted children on the basis of the children’s health center «Scarlet Sails» (Yevpatoria) and the institution of additional education «Sokol» (Bakhchisarai district). 2 146 talented and gifted Crimeans were sent to the ICC «Artek», to the All-Russian children’s centers «Eaglet» and «Change» — 82 children. It is equally important that, within the framework of inclusive shifts, Crimean children with disabilities and children with special health conditions, health resort treatment and rehabilitation improved their health and rested 146. covered 146 child from the specified categories.

We hope that many issues will be resolved by the next season. Crimean holidays are focused not only on small Crimeans, an influx of children from all over Russia is needed. Then the issue with the weak loading of children’s health resorts in the first months of summer, and many other problems, will be resolved. The program of federal assistance to the tourism sector, which has suffered from sanctions pressure, will be a huge help,” he stressed, adding that today it is important to focus on preparing children’s recreation and health facilities for the next season , — summed up Vladimir Konstantinov.

Expert: fair tariffs for all is the goal of OSAGO liberalization

Volunteers of Simferopol, not indifferent Crimeans — to mobilized