88 beaches are open in Alushta 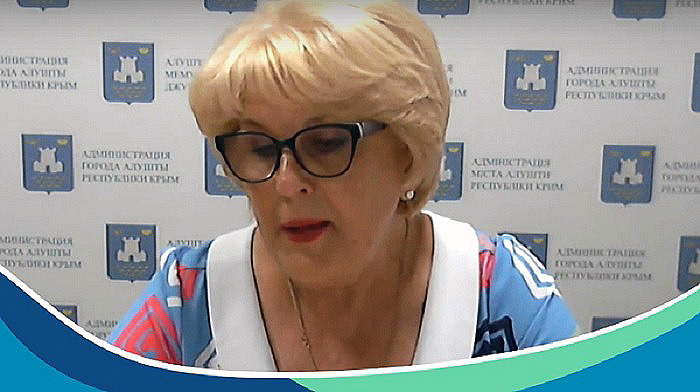 The head of the administration of Alushta, Galina Ogneva, answered the questions of the Crimeans live, which was organized and held at the site of the Regional Management Center of the Republic of Crimea. Within 45 minutes, together with users of social networks, Ogneva answered numerous questions, spoke about the prospects for the development of the city. At the height of the holiday season, the topic of accessibility of beaches and the timing of the completion of the repair of the Central Embankment became especially relevant.

Now tourists and citizens are waiting on 88 beaches of the city, which work from 7: 00 before 20: 00. To ensure that the recreation area is clean and comfortable, they constantly monitor , — said Galina Ogneva.

Available for recreation and the beach of the sanatorium «Crimea» in Partenit. Local residents can use the recreation area free of charge upon presentation of a QR code.

For guests of Partenit who would like to relax and improve their health, the passage is paid. You can buy a kursovka for one day in a sanatorium. It provides for an appointment with a therapist, use of the beach and a walk in the park , — said the head of the administration of Alushta.

During the repair work on the Alushta embankment, destruction of the sewerage and drainage systems, immured storm drains and other technical difficulties were discovered. Contractors did not always cope with the work. Despite this, according to the head of the administration of Alushta, work is progressing, and the renovated embankment will serve Alushta residents and guests of the city for many years.

We have already opened the front part of the embankment, it pleases our citizens and tourists. They also opened the fountain, which we were waiting for. It is multi-jet, color. Until 15 July we will install the figure of the famous fisherman. She is now in production, knocked out of granite. We will hand over the berm in days, we will reach the Rotunda qualitatively, with the replacement of all the tiles, we will also reach in ten days. Only two beaches remain on the central promenade. All technical work will be completed by August 1 , — said Galina Ogneva.

She noted that by the end of the work, Alushta residents and guests of the city will see cafes and restaurants decorated in the same style, landscaping throughout the territory, interesting places for recreation and photo shoots.

Find out more:  Participants of the complex archaeological expedition "Southern suburbs of Chersonese" will share their latest discoveries

During the live broadcast, organized by the Regional Management Center of the Republic of Crimea, Galina Ogneva also spoke about the elimination of the consequences of bad weather, the installation of playgrounds, road repairs, resettlement from emergency housing and other topics important for Alushta residents.

The full version of the broadcast is .

Who is «in whom»? Are Simferopol residents ready to master a new profession and start from scratch?

Rip and Throw: Contractors Continue the Tradition of Ruining Yard Improvement in Simferopol