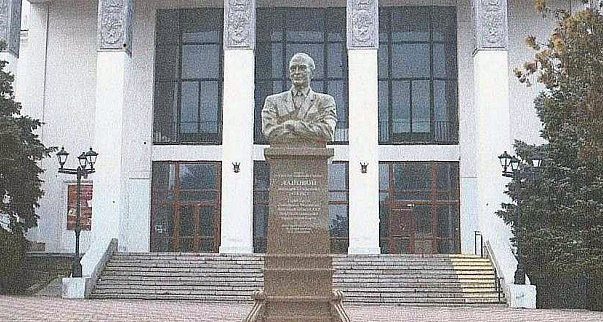 In Kerch, in the Peace Square, a bust of Vasily Lanovoy, People’s Artist of the USSR, Hero of Labor of Russia, Honorary Citizen of the Hero City of Kerch, will be erected. The decision on this was made during the 05th session of the Kerch City Council.

Commenting on the decision, the head of the administration of Kerch, Svyatoslav Brusakov, noted that the grand opening is scheduled for June (tentatively, at 14: ) as part of the Bosporan Agons festival. The expenses for the manufacture, installation and maintenance of the bust are made at the expense of the investor.

I consider this event important for the city, since Vasily Semenovich Lanovoy contributed to the development of Russian culture and art, patriotic education of the younger generation in the Crimea and the Hero City of Kerch , — said Svyatoslav Brusakov. .

Find out more:  The coronavirus has died down, but has not gone anywhere. Statistics of the past day on cases in Crimea
5
Share

The holiday season starts June 1st. Are the beaches of the South Coast ready for it?

So they think: the reduction of the key rate of the Central Bank will lead to a surge in investment in real estate