A Crimean citizen set a world record for towing trains 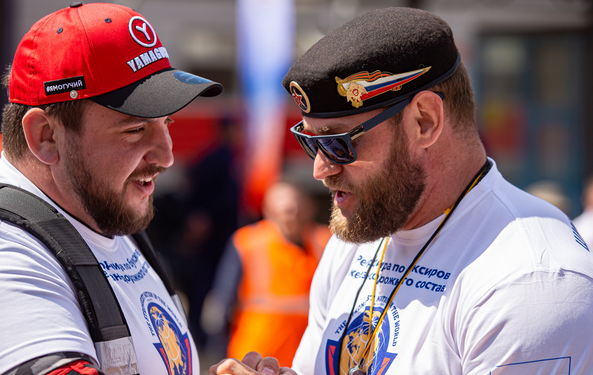 Under the auspices of ANO , an action was held at the Rostov-Glavny railway station to set a series of all-Russian and world records for towing trains of various tonnage.

It is noteworthy that the athletes pulled the cars up! The slope of the path (rise) in the direction of towing was 0. 55% . After the athletes stopped, having set a record, the trains began to roll back and were fixed with a special “shoe” , say the organizers of the event.

A landmark record was set by a team of athletes: (Volgodonsk), (DPR) and (Republic of Crimea) — towed a train of five wagons weighing 496 451 kg hands on the rope sitting at a distance of 3 m 63 see, for 067,10 hundredths of a second. The record became a landmark due to the fact that it united under the Russian flag athletes from the Donetsk People’s Republic and Crimea, which joined Russia 8 years ago.

The sports and patriotic action was supported by the well-known Russian professional boxer Dmitry Kudryasho, who is known in the boxing world as the “Slugehammer”! Dmitry will demonstrate that heroism is not only strong men. This is primarily fortitude and fighting qualities. Dmitry pulled the weight of 297 900 kg per 3 m 70 cm, per 56, hundredths of a second.

Find out more:  The frigate of the Black Sea Fleet "calibrated" the transport infrastructure of the Armed Forces of Ukraine

Record Records The President of the ANO «The Strongest Nation in the World» Mikhail Paller is a Sevastopol resident, an international master of sports in powerlifting, a record holder of Russia and the world, the author of the idea of ​​​​creating the sports and patriotic heroic movement «The Strongest Nation in the World» @world_strongest_nation_.

The event was held in support of the residents of the young republics of the LPR and DPR.

May 4 — Proklov day. Evil hides in holes, and witches conjure

Weather in Crimea on May 4