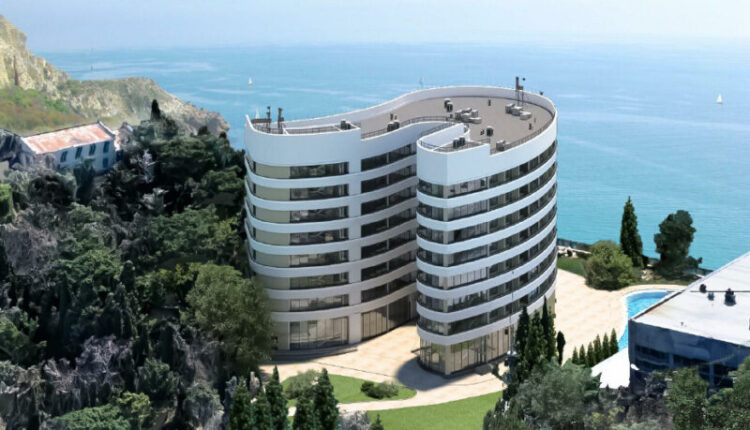 Dormitory building with a total area of ​​more than 9.6 thousand square meters. m on 300 places for the Crimean sanatorium «Dnepr» is planned to be built in Yalta before the end 2021 of the year, the press service of the public law

Permission for the construction of a dormitory building for 300 places of the sanatorium «Dnepr» of the Federal Tax Service of Russia in the Republic of Crimea were received 29 July 2022 of the year. The building will house one-room and two-room double rooms, each of which will be equipped with a bathroom and a balcony. Household, service and administrative premises will be located on the eighth floor of the building. It is planned to complete the construction of an eight-story dormitory building in Yalta before the end 2024 of the year , — said the press service of the Single Customer.

The press service noted that the main author’s idea of ​​the appearance and spatial organization of the dormitory building is the formation of a complex geometry of the building, which will harmoniously combine with the surrounding landscape.

The project for the improvement of the territory of the facility provides for the creation of a comfortable environment for the recreation of all age groups of the population. Landscaping of the territory provides for the construction of driveways, bordered by side stone, which will provide access for vehicles to the projected building and auxiliary facilities , — experts explain.

A positive conclusion of the Glavgosexpertiza of Russia on the design and estimate documentation of the facility was received in January 2021 of the year. The building permit was issued by the Ministry of Ecology and Natural Resources of the Republic of Crimea 29 on July 2022

Find out more:  August 12 - Day of Strength and Silvanus. Go to work!

Sanatorium «Dnepr» is located km from Yalta, in the village of Gaspra in the ancient park of regional importance Kharaks. On its territory there is an old relic park, a medical base, sports infrastructure, an indoor pool with sea water. The institution specializes in the treatment of diseases in the field of cardio-pulmonology, neurology, dentistry, traumatology-orthopedics.

In early August, Deputy Prime Minister Marat Khusnullin held a working meeting on the development of the Crimea and Sevastopol.

Victims of Internet scammers are getting younger. Sevastopol police warns

Crimean Youth Theater goes on vacation. Nina Permyakova: «With dignity and honor we are finishing the 35th season»