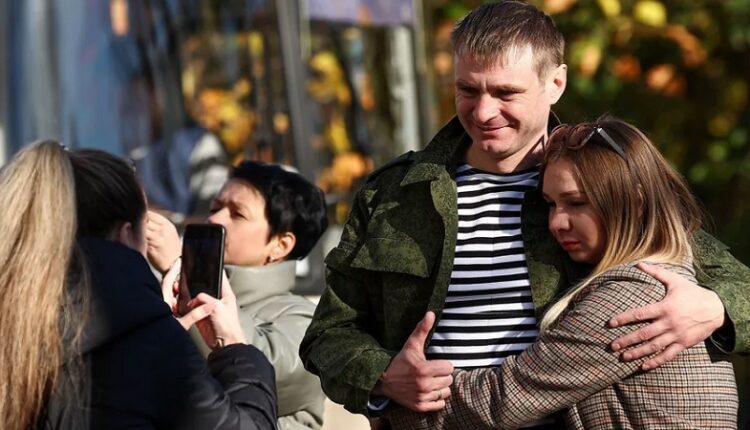 Also, volunteers participating in the SVO and who were injured or maimed will be given the status of a combat invalid.

The provisions of the bill will apply to legal relations that arose from 24 February year, the document emphasizes.

The adoption of the draft federal law will allow … to extend to volunteers the appropriate measures of social support provided for by the current legislation for military personnel in order to create conditions that provide them with a decent life, active work, honor and respect in society , — it is said in the explanatory note to the bill.

Note that today it became that Russian President Vladimir Putin signed the law on the status of volunteer formations assisting the Armed Forces (AF) of the Russian Federation, as well as their members. In particular, such citizens are now covered by the status of military personnel under the contract, follows from a document published on Friday.

According to the new legislation, volunteer formations can be involved in the performance of certain tasks in the field of defense. They can be used during the period of mobilization, martial law, in wartime, in the event of armed conflicts, during counter-terrorist operations, as well as when using the RF Armed Forces outside the territory of the country.

Volunteer formations will be created by the Ministry of Defense of the Russian Federation by decision of the President of Russia. The number, organization, areas of operations, tasks, command and control procedures and the period of use of such formations will be determined by the military department. The Ministry of Defense will establish the procedure for providing the formations with weapons, military equipment, material and technical means, as well as the procedure for providing medical assistance and making various payments.

Volunteer formations will be able to include citizens of the Russian Federation who have concluded an appropriate contract, and military personnel sent from the Russian Ministry of Defense. A volunteer may be expelled from the formation due to the expiration of the contract or non-fulfillment of its conditions, the entry into force of a court sentence imposing a sentence of imprisonment, enlistment in the military, as well as for health reasons. In addition, he will be able to leave the formation at his own request « in the manner and on the terms provided for by the contract on staying in the formation«.

According to the new law, volunteers are subject to compulsory state personal insurance at the expense of the federal budget. They are also entitled to free travel by rail, air, water and road (excluding taxis) transport.

In the event of the death of a volunteer, members of his family receive the right to the allowance and other payments due to the volunteer and not received by him before the day of death, in full for the entire month in which he died. In addition, family members will receive a one-time allowance in the amount of 3 million rubles in equal shares.

Putin signed a decree on a one-time payment to mobilized and contract soldiers. 195 thousand rubles — each