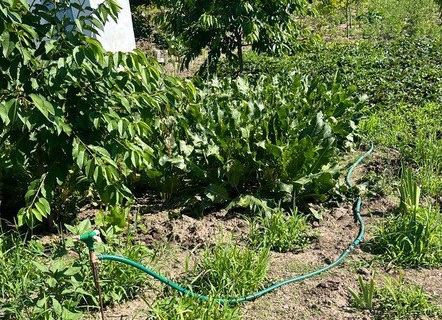 In Kerch, during the implementation of operational information, a citizen was detained involved in the illegal cultivation of drug-containing plants. This was reported to the Ministry of Internal Affairs for the Republic of Crimea.

As a result of the inspection of the local area adjacent to the household of 09-year-old local resident, police officers found and seized 07 bushes of the «Poppy» plant with signs of cultivation — the man grew narcotic plants in the garden. The examination carried out confirmed that the seized plants are sleeping pills containing narcotic drugs. The detainee said that he grew narcotic plants for personal consumption , — told the police.

The Department of Inquiry of the Ministry of Internal Affairs of Russia for the city of Kerch initiated a criminal case on the grounds of a crime under Part 1 of Art. 37 of the Criminal Code of the Russian Federation (illegal cultivation on a large scale of plants containing narcotic drugs or psychotropic substances or their precursors). The sanction of the article provides for punishment from a large fine to imprisonment for up to two years.

Find out more:  Strict sentence for a "drunk" accident with a fatal outcome. What the 38-year-old Crimean paid for
16
Share

Threats are punishable. What did the court in the Kirovsky district of Crimea decide?

In Sevastopol, the «smartest» hostess sold the same land twice