A “grain corridor” has been created in the Black Sea 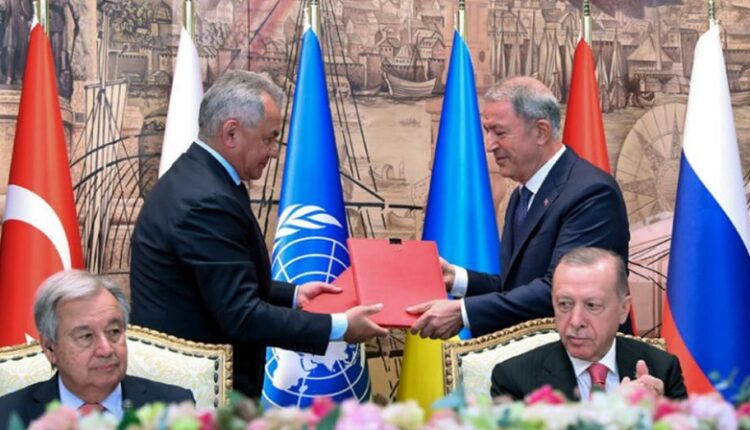 An agreement was signed in Istanbul on the creation of a «grain corridor» for the export of agricultural products from Ukraine via the Black Sea. Representatives of Turkey, Ukraine, Russia and the UN put their signatures. The Russian side was represented by Minister of Defense Sergei Shoigu, Turkey — by the head of the military department Hulusi Akar.

The control of the ports of Odessa, Chornomorsk and Yuzhny remains with Kyiv. The presence there of ships not involved in the supply of grain, fertilizers and food products is not allowed. There will be no demining of water areas — «grain caravans» will pass through the fairways. The Joint Coordinating Center in Turkey, which will include representatives of the Quartet, will monitor the export of grain.

According to Sergei Shoigu, Moscow expects that the responsible implementation of the measures stipulated by the documents will become a practical contribution to solving the problems of world food security.

In addition, the memorandum between Russia and the UN fixes that the world organization is involved in the work to remove anti-Russian restrictions that impede the export of agricultural products and fertilizers.

It will take several weeks to fully launch the process, while the parties staff the center, form inspection teams, and prepare for the export of grain, said UN Secretary General António Guterres. According to him, it is necessary to be in time for a new harvesting campaign in Ukraine, when the granaries should be vacated for a new harvest. Guterres claims that it is about two weeks.

Arrangements are for 120 days with the possibility of extension.

Crimean farmers harvest raspberries. Neither more nor less has already been harvested — 22 tons of berries