A little boy was walking at a construction site … As a result, I had to call KRYM-SPAS 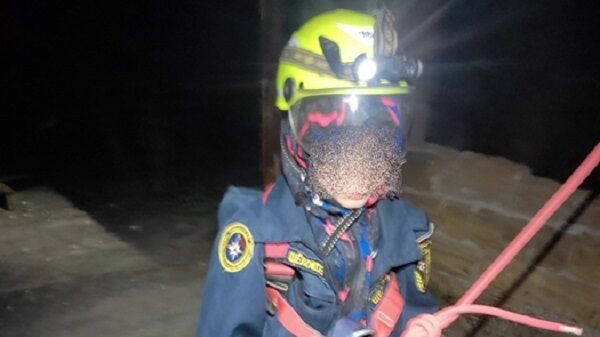 The night before, KRYM-SPAS evacuated -year-old boy «stuck» on a construction site.

Yesterday in 20: 02, the GKU RK «CRIMEA-SPAS» received a message that in the city of Simferopol from the territory of one of the construction sites he could not get out on his own -year-old teenager. The help of rescuers in evacuation is needed. The duty shift of the Simferopol emergency rescue team of the GKU RK «KRYM-SPAS» in the amount of five people, as well as a police officer, immediately moved to the scene. Employees of the emergency department quickly determined the approximate location of the victim via mobile communications. Arriving at the site of the search work, the specialists of the GKU RK «CRIMEA-SPAS» found that the teenager was on the third floor of an unfinished building , — said the Ministry of Emergency Situations of the Republic of Crimea.

Rescuers, using climbing insurance and with the help of a three-knee ladder, lowered the guy to a safe place. He was then handed over to the police. The boy did not need medical attention. How did you get to the construction site? I walked, then I decided to climb the unfinished building, but they did not calculate their strength and could not go down myself. It’s good that I guessed to call the rescuers.

Find out more:  We decided to take the trash cans too… The incident in the Simferopol region
0
Share

We remind you of the restriction of movement in the center of Simferopol. Rehearsals for the Victory Parade continue