A militant from the «Crimean Tatar battalion» was detained in Crimea 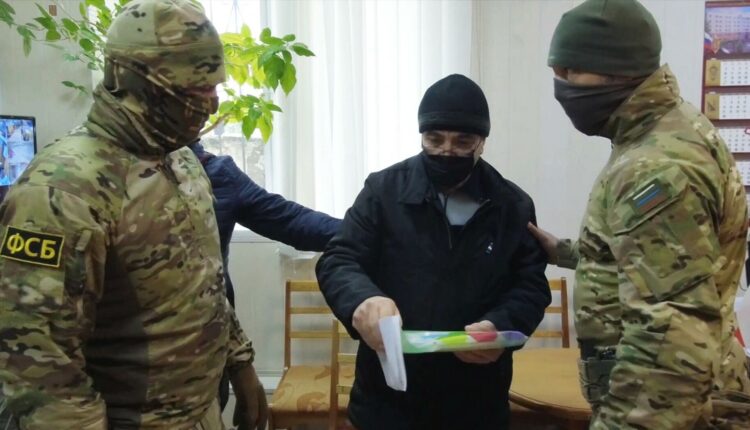 In Crimea, a citizen of Ukraine was detained, who took part in the blockade of the peninsula, being a militant of the “Crimean Tatar battalion named after Noman Chelebidzhikhan”. This is reported by the TsOS FSB.

According to the FSB, the detained man, 1959 of the year of birth, joined the ranks of an illegal armed group on the territory of the Kherson region in 2015 year. He received combat training under the guidance of instructors from the nationalist battalions and in November of the same year took part in the economic and energy blockade of the Crimea.

Further measures are being taken to establish all the circumstances of the crime he committed and to identify criminal ties on the territory of the Russian Federation involved in the activities of the “Chelebidzhikhan battalion , – reports the FSB CSO.

A criminal case was initiated against the detainee on the grounds of a crime under part 2 of article 208 of the Criminal Code of Russia — participation in an illegal military formation. He is taken into custody.

Find out more:  In Feodosia, a teacher used force on a student. Crimean prosecutor's office is investigating
45
Share

Weather in Crimea on March 8