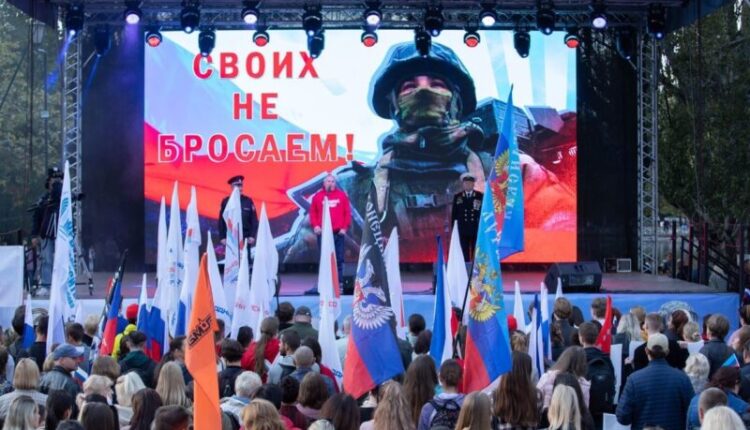 Thousands of Crimeans took part in the action «We do not abandon our own» in support of the referendums that are being held in the Donetsk and Lugansk People’s Republics and in the liberated territories. The rally-concert was held tonight in Simferopol, in the park. Gagarina.

AT 2014 year, the inhabitants of the Crimea made their choice and returned home, became part of Great Russia. Today, this choice is made by residents of the liberated regions of the former Ukraine. Their choice is hard-won and quite obvious. I have no doubt that they will decide to become part of Russia, commented Vladimir Konstantinov, speaker of the Crimean parliament.

The head of the administration of Simferopol, Mikhail Afanasiev, also noted:

Residents of the Republic of Crimea are more united than ever in supporting these referendums, because we know firsthand how to defend the right to choose and freedom. Crimeans unanimously support our leader in his decisions. We have no doubt that, united, we will overcome all difficulties.

During the rally, the Crimeans expressed their unequivocal support for the decision of the inhabitants of the Donbass republics and the liberated territories of the south-east of Ukraine to join Russia. We do not abandon our own!

Vladimir Konstantinov: moral mobilization of the whole society is needed