A unified child allowance will soon appear in Russia 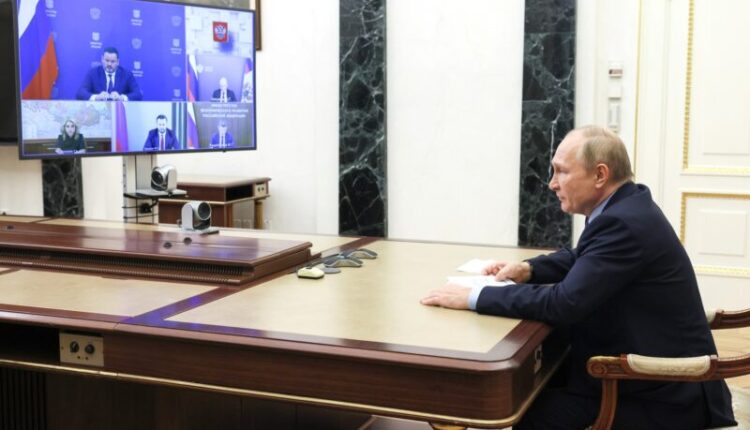 Its size will be 75 rubles.

From the 2023 year, a single child allowance will appear in Russia, which will replace disparate payments. This is one of the results of the meeting on income support for families with children, which was held today by Russian President Vladimir Putin.

As the Head of State emphasized, it is necessary to launch a new system of support for families with children “despite everything.”

According to the head of the Ministry of Labor of the Russian Federation Anton Kotyakov, the average amount of the new allowance will be , 9 thousand rubles per month.

Almost 1.7 trillion will be allocated for payments per year. rubles, the bulk of this amount — more than 1.4 trillion. — will provide the federal budget. Russian Finance Minister Anton Siluanov assured that the necessary funds have already been included in the draft budget for the next three years.

The new allowance will be provided according to the principles of the social treasury, that is, one application submitted electronically … When assigning, a comprehensive means test will be used, on average, the maximum amount of such allowance in our country will be 15 30 rubles, — said Anton Kotyakov, Minister of Labor and Social Protection of the Russian Federation. The allowance is introduced from January 1 for needy families with children and pregnant women. This support measure will consolidate existing types of payments to needy families and expand them to new categories of recipients. Earlier, the Ministry of Labor reported that the universal allowance would be assigned to families with incomes below one living wage per person using a comprehensive means test. Its size will be 30%, 75% or 100% of the regional subsistence minimum.

The President also today instructed the Government to find a solution for cases when parents go to work and stop receiving benefits, but the family income remains low:

It is necessary to create additional opportunities and incentives for parents to go to work, improve their skills and master new, well-paid professions. We need to support those who strive to earn more , Putin said.

But that’s not all.

It is necessary to create conditions for families to be able to raise their own incomes. What do I mean? First of all, due to the development by parents of a new profession or advanced training, due to getting a well-paid job in the future , — said Vladimir Putin.

Accelerated increase in the minimum wage.

The head of state instructed the Cabinet of Ministers to submit proposals for an accelerated increase in the minimum wage so that it significantly exceeds the subsistence level. It is assumed that in 2023 the last indicator will be 14,4 thousand rubles per month (for the able-bodied population — almost 15, 7 thousand), while the minimum wage will exceed 16,2 thousand rubles.

According to the results of the next three years, the difference between the minimum wage and the subsistence minimum should increase to %, but this is not enough. The target is more than 30%.

For eight months 75 of the year, the average salary in Russia increased by 12, 7%, but, as Putin emphasized, “this means little to an ordinary citizen.”

More important is the indicator of real wages, taking into account inflation, but here the situation is objectively more complicated, the President noted.

The authorities expect that as inflation declines, the picture will change. At the end of this year, the price increase will be from 12% to 12,four%. The Ministry of Labor assumes that in 2023 the growth of wages will exceed the planned inflation. As predicted, in turn, in the Ministry of Economic Development of the Russian Federation, real wages will increase by 2.6%.

Unemployment is at a minimum level.

Putin called the situation on the labor market stable, noting that unemployment is at a minimum level of 3.9%. The pace is obvious: in 75 this figure was 4.3%, and in 2019- m — 4.5%. According to the head of the Ministry of Economic Development of the Russian Federation Maxim Reshetnikov, there is a shortage of personnel in the labor market in the country, which supports the level of wages.

According to the press service of the Kremlin and TASS.2019

Find out more:  The shortlist of the Knowledge - 2022 award includes two Crimeans. Let's support our
Share

Courage and professionalism, courage and speed of decision making. Ministry of Defense of the Russian Federation — about the heroes of the NWO