Accident in the Crimean village of Otradnoye: Lada Largus and Nissan converged on a narrow road 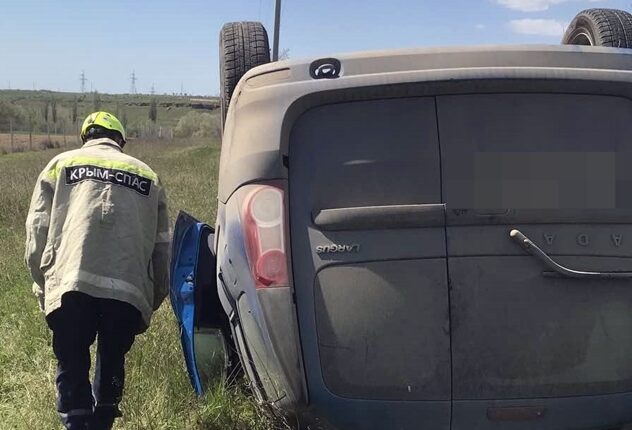 The day before (at : 00) in the village of Otradnoe (Bakhchisarai district), in the area of ​​​​the turn to the village of Kochergino, an accident occurred. Faced «Lada Largus» and «Nissan». As a result of the accident, the domestic car «flew out» from the roadway and turned over.

Employees of the Bakhchisaray ASO of the GKU RK «KRYM-SPAS» assisted the doctors in transporting the injured driver to the ambulance. In addition, the rescuers took fire-fighting measures to prevent fire in the emergency zone , — reported the Ministry of Emergency Situations of the Republic of Crimea.

The police are investigating the accident.

Find out more:  At night, a car caught fire on the Simferopol-Yalta highway
10
Share

Accident in Bakhchisaray district: a man was injured in a head-on collision of two cars

Residents of Sevastopol learned about their rights and checked themselves for debts. The bailiffs told