Accident on the highway «Evpatoria — Mirny»: the driver was squeezed in a broken car 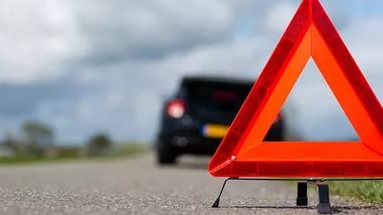 The night before, at 19: 54, the operator on duty received a message that an accident had occurred on the Evpatoria-Mirny highway. The help of lifeguards is required. The duty shift of the Yevpatoriya emergency rescue squad «Crimea-SPAS», as well as the employees of the «Ambulance» and the traffic police, immediately moved to the scene.

Upon arrival at the scene, it was established that there had been a head-on collision between two passenger cars «BMW» and «KIA». As a result of the accident, the driver of the KIA car was blocked. Employees of KRYM-SPAS, using specialized hydraulic equipment, unblocked the victim and handed him over to the ambulance staff for further hospitalization. Also, the rescuers took all fire-fighting measures to eliminate the consequences of an accident , — said the Ministry of Emergency Situations of the Republic of Crimea.

Law enforcement officers are investigating the causes and circumstances of the accident.

Find out more:  The Unified Cavalry and Cynology Center of the Ministry of Internal Affairs of Russia operates in Sevastopol. The children were visiting
Share

Night fire in the Pervomaisky district of Crimea: a one-story house burned