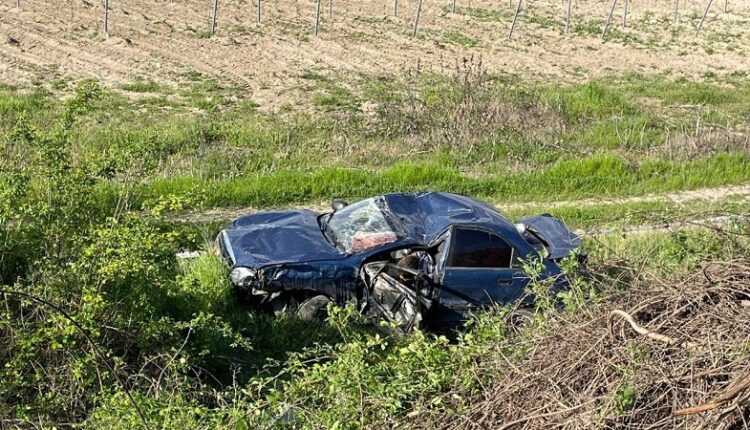 May 2, at 15: 15 on the highway «Yalta — Sevastopol» an accident occurred in which a person died.

The driver, 1966 year of birth, driving a ZAZ Lanos car, was moving from Sevastopol towards Yalta, at 70 km + 150 m drove into the lane of oncoming traffic, where he collided with a Nissan car driven by a driver 1953 of the year of birth, who was moving along his lane in the direction Sevastopol. As a result of the collision, the ZAZ car flew over a metal barrier, rolled over several times, and fell into a ditch. The driver of the ZAZ car died from his injuries before the arrival of the ambulance. The driver of the Nissan car was injured and taken to a medical facility , the press service of the Ministry of Internal Affairs for the city of Sevastopol reports.

The Sevastopol police warns drivers of strict observance of traffic rules, especially those whose violation can lead to a tragic outcome.

And the water barrier is not a barrier. Ministry of Defense of the Russian Federation — about the professionalism and heroism of Soviet and Russian soldiers

“Purse, purse, what purse?”… A woman suspected of stealing was detained in Simferopol