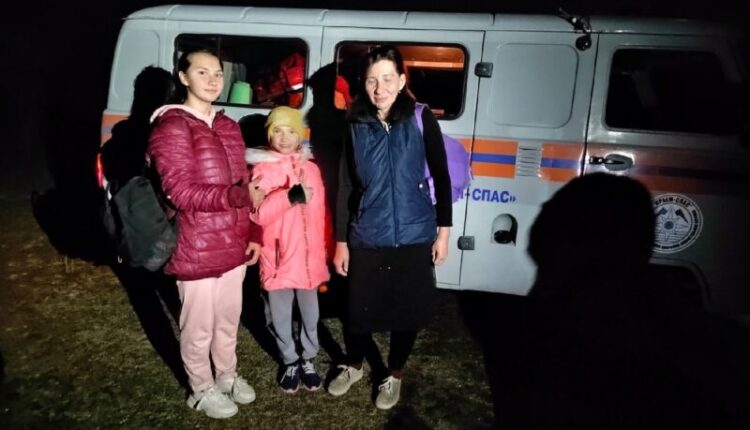 November 4, at 16: 50 the rescue service received a message that there were three tourists in the area of ​​Mount Demerdzhi (a woman and two children 11 and 16 years) have gone astray. Having established contact with the victims, the rescuers found out that they were on an impenetrable steep slope, they could not move further on their own, and the help of rescuers was needed. To provide assistance, a duty shift of the Alushta emergency rescue team «CRIMEA-SPAS» was sent.

As clarified in the emergency department, they had to get to the victims on foot.

A woman with children was found on the western, steep, rocky slope of Mount South Demerdzhi, in the area of ​​Stone Chaos. Having ensured the safety of the victims, the rescuers began to evacuate. Rocky sections of the relief had to be passed with the use of climbing equipment. The entire rescue operation lasted almost four hours and only to 22: 35 the group was taken to the service car, subsequently to the place of departure. The victims did not need medical assistance , — said the Ministry of Emergency Situations of the Republic of Crimea.

Find out more:  A resident of Simferopol will answer for the illegal "radio engineering business" - he handed over "gadgets" to students
Share