And what about Kherson? The city is being prepared «for decommissioning» 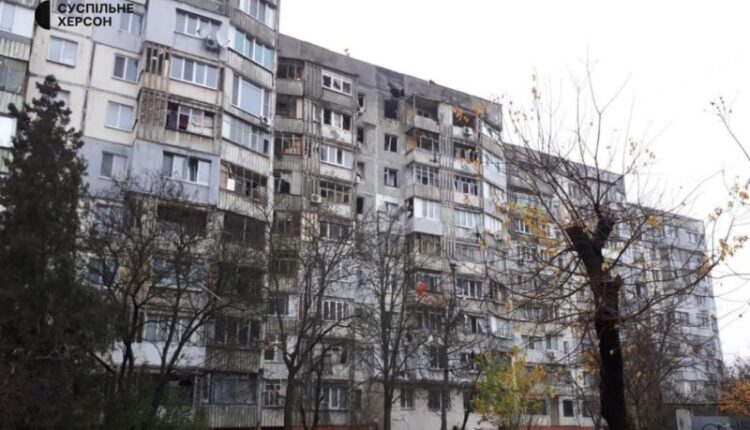 Each microdistrict of Kherson turns into a fortified area and an artillery «point».

Ukrainian troops consider Kherson, which they have occupied, exclusively as a military base and are actually preparing it “for decommissioning,” said

on Tuesday, Alexander Malkevich, a freelance adviser to the Acting Governor of the Kherson region.

People are being taken out, houses are being seized, defensive fortifications are being built, that is, Kherson, as a city, is actually leaving them “for decommissioning” , the agency’s interlocutor said. — I believe that the city is not considered as a city, namely as a large military base.

Malkevich’s words are confirmed by Ukrainian publics. People from Kherson are being taken to the west of Ukraine. Screenshot — on the topic of evacuation to Khmelnitsky.

According to Malkevich, Kherson residents are leaving, as there is practically no water and electricity in the city.

Indeed, microdistricts, courtyards of high-rise buildings are turning into places where artillery batteries and firing points are settled. The Armed Forces of Ukraine are preparing the fate of Mariupol for Kherson.

Escape from the city «in the other direction» (Russia) will not work. To move to the left bank of the Dnieper, which is not under the control of the Ukrainian authorities, the townspeople are not allowed “ under pain of the maximum set of punitive measures against those who helped to leave

Total «cleansing» and searches continue in the city. From the last one (“ how freely one breathes in the revived Arkanar” ):

Employees of the State Bureau of Investigation detained the deputy mayor of Kherson, who worked for the Russian Federation during the temporary occupation of the city, the press service of the State Bureau of Investigation reported. population payments for housing and communal services. He also prepared the premises for holding a fake referendum, — Ukrainian Telegram channels broadcast patriotically strictly.

The housing and communal services of Ukrainian Kherson show no signs of life… And winter is ahead… And the truly rich city dweller is the one with firewood.

All photos and screenshots from the Ukrainian «cart».

PS. And more about the realities of Ukrainian Kherson. According to the publication Readovka, in Kherson, the head of the local pre-trial detention center, Kirill Rashin, was shot.

He stayed because of his wife. He managed to smuggle his parents, but he himself stayed with his wife there — she did not want to cross. According to information, he was shot , — an employee of the Federal Penitentiary Service of the Kherson region told Readovka.

In addition, according to the source of the publication, three more employees of the pre-trial detention center were detained in Kherson — Senior Lieutenant Irina Polikhova, Lieutenant Colonel Yevgeny Usachyov and Lieutenant Colonel Igor Guryakov. Their fate is still unknown. Earlier, the State Bureau of Investigation of Ukraine reported that they face life imprisonment.

November 30 — the day of Andrei Autumn, the day of Gregory. What is the weather like and will be all winter