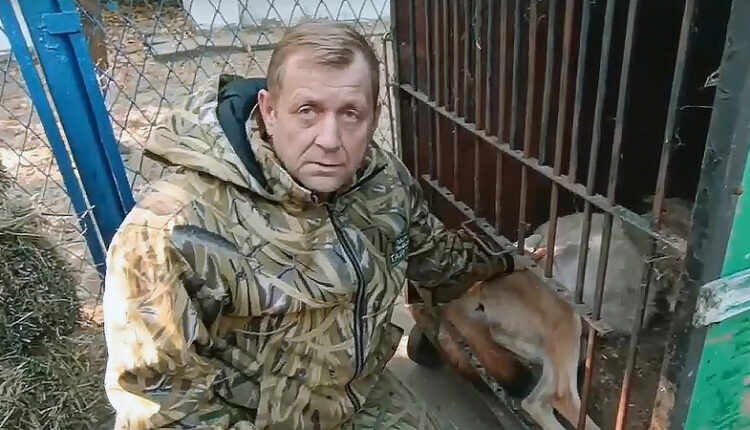 Quarantine and acclimatization are ahead.

Animals, from the Kherson Zoo, delivered to the Taigan Lion Park in the Crimea. This was reported on Monday by 288609368TASS

The animals are already in quarantine in the Taigan lion park, everything is fine with them , — said the source of the agency. — These are animals from the zoo corner of the city of Kherson: the famous llama, donkey, seven raccoons, she-wolves, pheasants, guinea fowl and peacocks.

288609368 As Zubkov noted, earlier the animals were in a zoo corner on the island of Maly Potemkin on the Dnieper. This is the only place where the inhabitants of Kherson could see representatives of the wildlife.

give the impressions of eyewitnesses of the «evacuation»:

Yesterday I saw the evacuation of the Kherson Zoo. Mikhail Andronik called Zubkov, the founder of the Taigan park, and literally a day later Oleg Alekseevich flew in from Crimea on two buses. I was amazed with what love and attention he treats animals. In particular, during the examination, it was found that one of the she-wolves had cancer and was already in poor condition. Oleg Alekseevich prepared an operating table in the Crimea while still in Kherson. The second she-wolf (which is covered with a jacket) is in good condition. Yesterday we managed to take out all the large animals, including Lama Roma.

Earlier, Oleg Zubkov said that the animals from the zoo are in danger, they will be temporarily taken to the Crimea to the Taigan park, where there is the necessary material and technical base. After the end of hostilities, the animals are planned to be returned to Kherson.

Find out more:  In Crimea, the regional standard for financing the ZA SUPPORT program begins to operate
Share

Vladimir Putin said that about 50,000 mobilized people are now taking part in hostilities