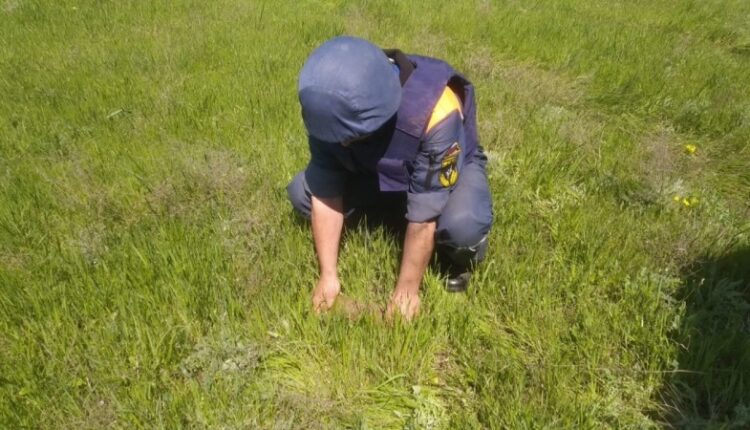 29 April, in the Leninsky district of Crimea, pyrotechnicians of the Special Marine Detachment of the Main Directorate of the Ministry of Emergency Situations of Russia for the Republic of Crimea neutralized explosive objects from the times of the Great Patriotic War. Four air bombs were found near the villages of Oktyabrskoye and Zolotoe.

Employees of the Ministry of Emergency Situations of Russia found and identified explosive objects — AO-10 — 2 units. and AO-2.5 — 2 units. Explosive objects were removed, transported and destroyed at a special site. Pyrotechnic work on neutralization was carried out in compliance with all necessary security measures , the emergency department said.

In total, 5 personnel and 2 pieces of equipment were involved in pyrotechnic work on the disposal of explosive objects from the Russian Emergencies Ministry.

Find out more:  An aerial bomb from the Great Patriotic War was found on the beach in South Coast Opolzneve
5
Share