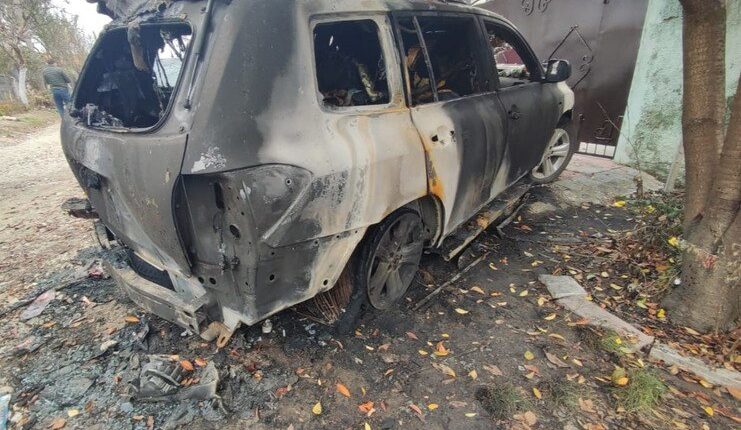 The Kerch police are investigating the criminal case of a 29-year-old local resident. He is accused of committing a crime under Part 2 of Art. 167 of the Criminal Code of the Russian Federation (“Deliberate destruction or damage to property”). Specifically, the young man set fire to the car, causing damage to the victim for a total amount of more than 2 million rubles.

A man, guided by the motive of personal dislike for the victim, in the evening poured a flammable liquid on the surface and engine compartment of a Toyota Highlander car owned by a woman, and using a lighter, set fire to a piece of fabric that was soaked in a flammable liquid and used them as a wick.

As a result of the committed criminal acts, a car parked next to the house at the place of residence of the victim caught fire, and the attacker fled the scene of the crime. The vehicle received mechanical damage. During the fire, there was also the personal property of the victim in the passenger compartment, — details were reported in the Ministry of Internal Affairs for the Republic of Crimea.

The investigator of the investigative department of the Ministry of Internal Affairs sent the materials of the criminal case to the prosecutor’s office of the city of Kerch for approval of the indictment. «Avenger» faces up to 5 years in prison.

Find out more:  A rapist was exposed in Crimea. Will answer for a sexual offense committed in ... 2013
Share

Night operation «CRIMEA-SPAS»: near Sudak they were looking for tourists who had gone astray