Both on the line of fire and in the rear — there is always an opportunity to prove yourself. Ministry of Defense of the Russian Federation — about the heroes of the special operation 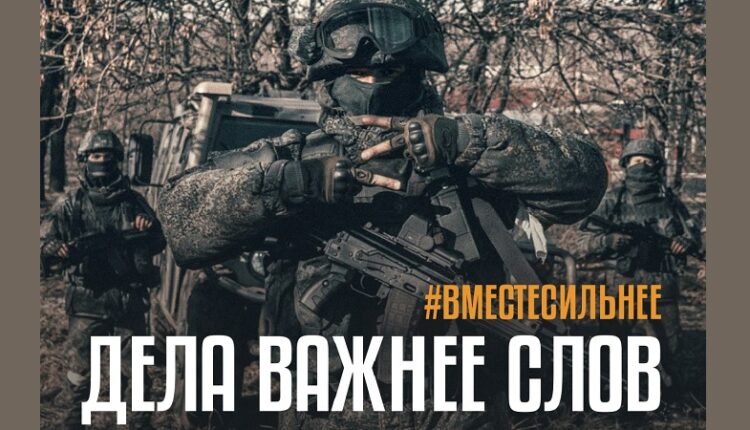 Another page of the heroic chronicle of the names and events of the special operation in Ukraine from the Ministry of Defense of the Russian Federation is dedicated to soldiers of various specialties. But they are all heroes: a wounded ensign who pulled a comrade out from under fire, an electrical sergeant who repaired equipment in battle and saved the fighters, a sergeant who drove trucks with ammunition under heavy enemy fire. With such heroes, we believe in victory.

Ensign Zamir Gadzhimuradov, acted as part of a group that was tasked with defending the positions of Russian troops. The nationalists, trying to regain their lost positions, over and over again made attempts to break through the defensive lines. Having settled down in the battle formations organized in one of the areas of defense, ensign Gadzhimuradov, repelling the attacks of the radicals, destroyed the erupting militants with fire from a grenade launcher. During the clash, one of the Russian servicemen was wounded. Risking his own life, the ensign pulled a seriously wounded colleague from the battlefield to a safe place, independently provided first aid, which saved his life. During the day, Zamir’s group repelled several enemy attacks, inflicting significant damage to the manpower and weapons of the nationalists. The enemy was forced to retreat.

As a result of the shelling at the stronghold of the unit, the equipment providing power supply was disabled. Despite the ongoing mortar shelling, Senior Sergeant Ivan Nevmerzhitsky carried out urgent repairs and restored the power grid, which made it possible to prevent the unit from losing control. After completing the repair, he promptly returned to his position and continued to fight, during which he personally destroyed the enemy squad. From the hits of nationalist shells, one of the combat vehicles caught fire. Senior Sergeant Ivan Nevmerzhitsky was nearby and immediately rushed to help, took out two wounded, who were unconscious, evacuated to a shelter and gave them first aid. Thanks to the coordinated actions of the unit, in which Senior Sergeant Nevmerzhitsky fights, the attack of superior enemy forces was successfully repelled. The large losses of the nationalists in manpower allowed the Russian units to change their position to a more advantageous one, retaining their personnel and weapons to continue the battle.

Find out more:  Sergei Shoigu instructed the General Staff to explain questions and answers on mobilization to military registration and enlistment offices

Guards senior sergeant Baatr Erdni-Goryaev, acting as part of an automobile company, performed tasks for the logistics of Russian units. During the artillery shelling of the material support point, not at a loss in a difficult situation, he evacuated vehicles with ammunition from the impact to a safe distance. Thanks to the courage of the senior sergeant, ammunition, materiel, property and equipment were saved, which made it possible to provide the defending Russian units holding the strategic line in a timely manner.

In Kerch, the mobilized were arranged for a procedure … urgent painting in the registry office