By the beginning of December, a new water supply system will be installed in the Simferopol village of Komsomolskoye 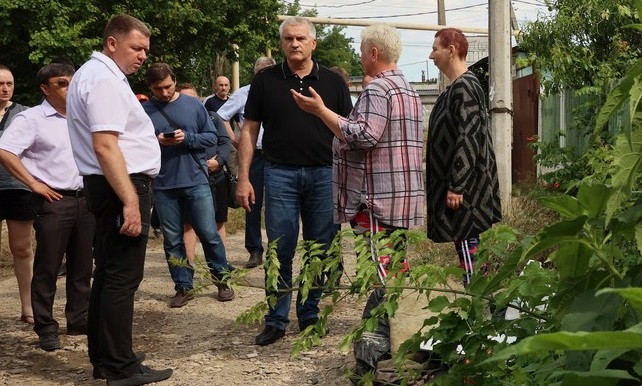 The head of the Republic of Crimea, Sergey Aksyonov, announced that a decision had been made to lay a water pipe in the Simferopol village of Komsomolskoye, and to lay a sewer in the area of ​​Sukhodolnaya and Army streets in Simferopol .

As part of the liquidation of the consequences of flooding, a decision was made to install a water supply system in the village. Komsomolskoe. The work will be carried out by State Unitary Enterprise «Water of Crimea», their cost is about 8 million rubles. The route of the water pipeline was previously determined during a meeting with the residents of the village. In addition, the issue of laying sewerage in the area of ​​​​Sukhodolnaya and 51 th Army streets in Simferopol, which was not previously provided for in the design of water supply and asphalt paving, will be resolved. street and road network. Sewerage will be laid by the Water of Crimea enterprise, financing will be about 8 million rubles. At the end of the year, the company will be compensated for the costs from the republican budget , — said Aksyonov.

The planned deadline for completing work in Komsomolskoye and along Sukhodolnaya Street is until December 1 of this year.

Photo: press service of the Head of the Republic of Crimea.

In Crimea, revaccination against COVID-19 can be done with the first component of Sputnik V