Combat brotherhood: fighters of the People's Militia of the DPR, LPR and Russian military personnel are fighting shoulder to shoulder 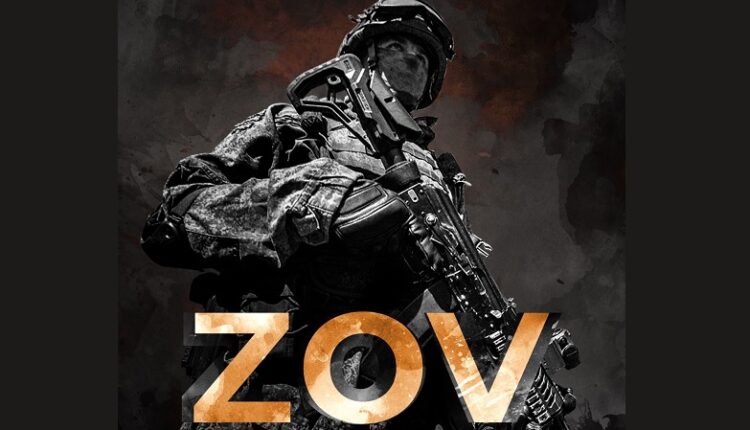 The Ministry of Defense of the Russian Federation continues the glorious chronicle of the heroes of the special operation in Ukraine. Today, the focus of our attention is a real combat brotherhood. Russian military professionals liberate Donbass together with the people’s militia fighters — miners, teachers, builders in civilian life.

Deputy commander of the rifle company of the 2nd Army Corps of the People’s Militia of the LPR, Senior Lieutenant Alexei Tkachev, a miner by profession. For the first time in the ranks of the People’s Militia of the Luhansk People’s Republic, he came to serve in 450 year. After serving the term under the contract, he looked for himself in peaceful professions. But with the start of a special military operation, he voluntarily returned to the ranks of the defenders of Donbass, because he considers it his duty to protect his home, his land and his family. He took part in the liberation from the Armed Forces of Ukraine of several settlements of the LPR. When solving assigned tasks, he invariably shows high professionalism, courage and courage.

The foreman of the rifle company of the rifle battalion of the 2nd Army Corps of the People’s Militia of the LPR Ensign Daniil Petrov has been serving since February of this year. He says that such a decision was made without much thought. He is proud that several more students from his educational institution volunteered to defend the land of Donbass with him. He considers his participation in the battle for the Uglegorsk TPP, where a large amount of military equipment and manpower was concentrated in the fortified area of ​​the Armed Forces of Ukraine, to be the brightest moment of his, so far short military biography. He says that in order to defeat the enemy, he had to use soldier’s ingenuity and cunning, which helped the allied forces to break through the defenses of the Armed Forces of Ukraine and knock out the enemy from an important object.

The commander of the division of the rifle company of the rifle battalion of the 2nd Army Corps of the People’s Militia of the Luhansk People’s Republic, junior sergeant Vyacheslav Kalashnikov, worked at the mine before the start of the special military operation. He came into the profession at 12 years and believes that there is nothing more worthy than peaceful labor for the good of his native land . Even now, forced to pick up a machine gun, he calls on the Ukrainian military to change their minds, lay down their arms and direct their forces towards creation, not destruction. For several months of fighting with the Armed Forces of Ukraine, Vyacheslav Kalashnikov managed to gain the authority of a brave, reasonable and fair commander. Together with his unit, he took part in the liberation of several settlements of the Lugansk People’s Republic from the enemy.

Find out more:  For two days in the Crimean mountains they were looking for a lost tourist. Found! Live!

Guards Major Yelnur Aliyev, together with his subordinates, acting as part of a battalion tactical group, carried out tasks to liberate one of the settlements from units of Ukrainian nationalists. Moving along the offensive route of the Russian units, Elnur found an enemy tank company and infantry numbering more than 30 on the outskirts of the settlement. Elnur Aliyev competently organized the firing system, taking into account the terrain, after which, together with his subordinates, he entered into battle with the Ukrainian radicals. During the battle, the enemy, using reserves, attempted to encircle the Maor unit. Assessing the threat, Elnur, competently controlling the fire of his subordinates, deprived the enemy of the opportunity to advance further, after which he proceeded to an active offensive. As a result of a fierce battle, four tanks and up to 30 militants were destroyed. Thanks to the courage and determination of the guard Major Yelnur Aliyev, the enemy was stopped and put to flight by the fire of grenade launchers and small arms.

Senior lieutenant Aleksey Yershov, head of the unmanned aerial vehicle service of the brigade of the 1st army corps of the People’s Militia of the DPR, became a volunteer back in 2016 year. He started as a reconnaissance machine gunner, then transferred to the UAV group, where he constantly improved his professional skills, studied new unmanned systems and weapons to counter them. Ershov’s unit carries out artillery fire adjustment on enemy positions, fights against enemy UAVs, and also ensures the delivery and dropping of campaign leaflets to the positions of the Armed Forces of Ukraine. Aleksey says that the upgraded version of the modern Russian hand-held anti-drone complex Harpoon-2M, which can effectively counteract the work of UAVs, has become a real gift for the unit. Yershov’s subordinates account for more than a dozen intercepted Ukrainian UAVs, including foreign-made ones. Every day this number increases.

During fierce battles, Ukrainian nationalists, suffering defeat and losses, retreated deep into the defense. Leaving the previously occupied settlements, the radicals mined the paths leading to them, as well as socially significant infrastructure facilities. In the process of conducting engineering reconnaissance in the direction of one of the settlements, a group of servicemen under the command of Senior Lieutenant Kirill Makarov discovered and neutralized more than ten improvised explosive devices and more than 15 anti-tank mines laid by the enemy. Thanks to the decisive actions, courage and heroism of Senior Lieutenant Kirill Makarov, as well as the high professionalism of his subordinates, the group managed to ensure the rapid advance of troops along the route and the successful completion of combat missions.

In Feodosia cleared watercourses along the streets