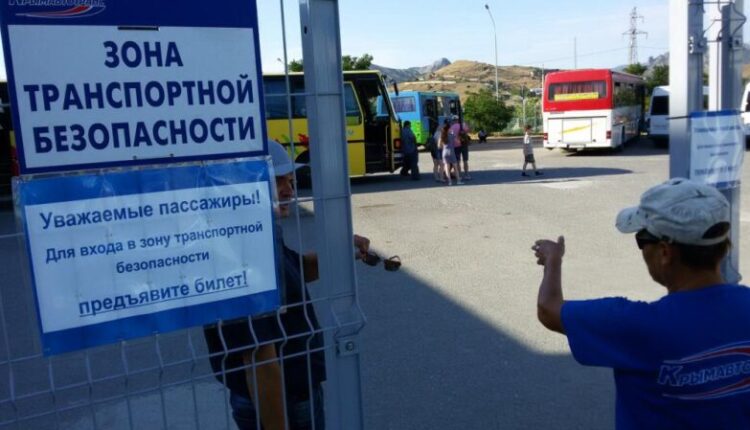 Security measures at transport facilities will be strengthened in Crimea, in particular, it is planned to provide the transport infrastructure with engineering and technical means of protection and install domestic inspection equipment. This was by the Head of the Republic of Crimea Sergey Aksyonov following the results of

on topical issues of national security on the territory of the Crimean peninsula under the leadership of the Secretary of the Security Council of the Russian Federation Nikolai Patrushev.

During the meeting, the relevant departments were instructed to provide the transport infrastructure with engineering and technical means of protection, introduce domestic inspection equipment, increase the readiness of forces and means of responding to emergencies, and strengthen the protection measures for facilities. In addition, it was instructed to increase the efficiency of activities to suppress extremism, to strengthen control over the circulation of civilian weapons , — said Aksyonov.

According to the head of Sevastopol, Mikhail Razvozhaev, transport security measures will also be strengthened in the city.

Recall that Nikolai Patrushev held a meeting in Sevastopol on topical issues of national security in Crimea, special attention was paid to the problems of countering terrorism and transport security. The meeting was also attended by Plenipotentiary Representative of the President of the Russian Federation in the Southern Federal District Vladimir Ustinov, Head of the Republic of Crimea Sergei Aksyonov, Governor of Sevastopol Mikhail Razvozhaev, representatives of the Ministry of Internal Affairs, the Ministry of Emergency Situations, the Ministry of Defense, the Ministry of Transport, the Federal Security Service, the Russian Guard, the Prosecutor General’s Office.

Find out more:  Twelve young Crimeans will represent the Republic at the first congress of the Russian Movement of Children and Youth
Share