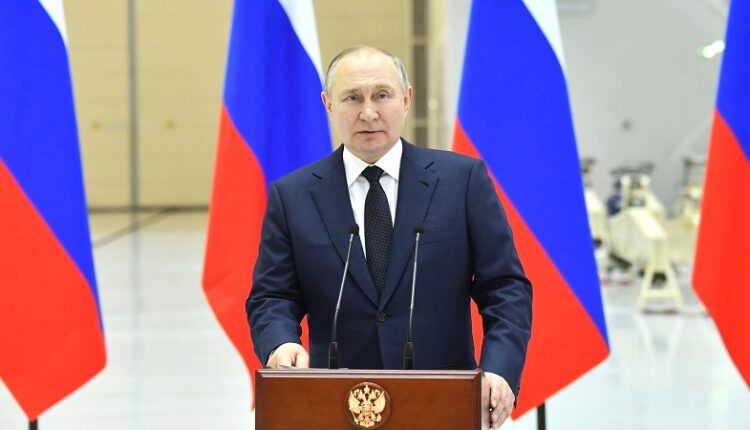 Russian President Vladimir Putin, following talks with Belarusian President Alexander Lukashenko, spoke about the situation in Ukraine. Keynote of the speech: there is no doubt that the goals and objectives of the special operation in Ukraine will be fulfilled . “Greetings” to the Head of State and all “sofa experts”:

Is there a political way out of the situation? Everything depends on the desire of Kyiv. While Ukrainian diplomats, Zelensky, his advisers and PR people are frankly bustling about. In this regard, Vladimir Putin recalled the topic of Crimea and Donbass, which was touched upon in one way or another during the talks. Kyiv, according to him, having departed from the agreements reached at the Russian-Ukrainian negotiations in Istanbul, returned the negotiation process to a deadlock.

We reached a certain level of agreements in Istanbul, which consisted in the fact that security guarantees for Ukraine, and the Ukrainian side pronounces very tough security guarantees for itself, will not extend to the territory of Crimea, Sevastopol and Donbass. Then, as you saw, our actions to create conditions for the continuation of the contractual process followed. Instead, we faced a provocation in Bucha, and, most importantly, the Ukrainian side departed from its agreements in Istanbul. Now security requirements are one thing, and the issues of regulating relations over Crimea, Sevastopol and Donbass are taken out of the scope of these agreements. That is, they have again returned to a dead end situation for themselves and for all of us , the Russian leader said.

The President of the Russian Federation said that he was informed about a new change in the negotiating position of Ukraine.

True, I was told that last night the Ukrainian side changed something again. I don’t know these changes yet, he told reporters on Tuesday following talks with Belarusian President Alexander Lukashenko.

320559 While politicians and diplomats cannot find «common ground», the issue is decided by the military, and they will solve the problem, as it was originally stated. Russian President Vladimir Putin today expressed his gratitude to the participants of the special operation in Ukraine for their courage, heroism and loyalty to Russia.

Find out more:  Day of Remembrance of the Victims of the Deportation of the Peoples of Crimea — Crimeans remember the tragic events of the mid-20th century

How transport problems of Sevastopol are solved

Experts: OSAGO cheaper for motorists from the southern and central parts of Russia