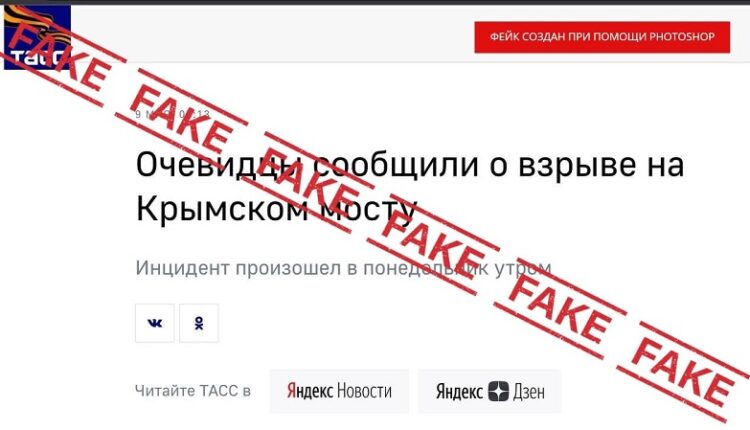 The Crimean bridge is maximally protected from the sea, land and air. But in Ukraine he was already struck. In the morning, aptly, dirty. Fake videos and false messages in social networks and media. 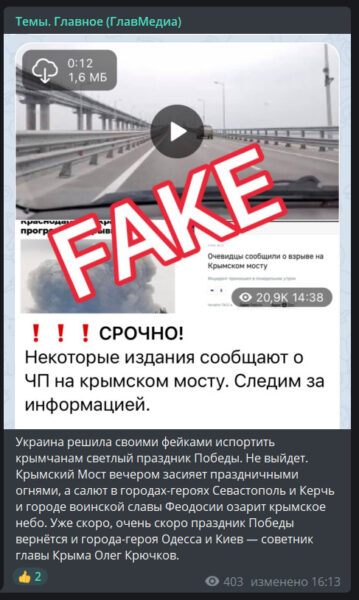 Ukrainian provocateurs are still unsuccessfully trying to master Photoshop and other graphic editors: not a single federal publication has posted such information, notes the Telegram channel . 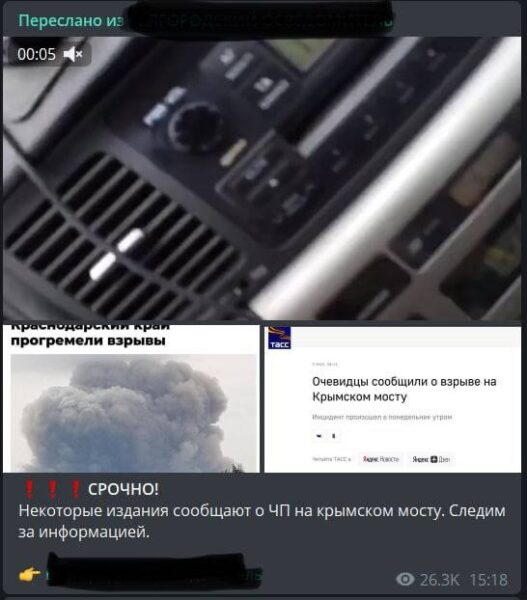 Information about the alleged «state of emergency on the Crimean bridge» adviser Heads of Crimea Oleg Kryuchkov:

Ukraine decided to spoil the bright Victory Day for the Crimeans with its fakes. Will not work. The Crimean Bridge will shine with festive lights in the evening, and fireworks in the Hero-cities of Sevastopol and Kerch and the city of military glory of Feodosia will illuminate the Crimean sky. Soon, very soon, the Victory Day will return and the Heroic cities of Odessa and Kyiv.

Well, with this video, everything is generally clear — it was done on the knee, the joints are “dirty”, even the voice acting “does not pull for an Oscar”. Just stupid provocation. Another today’s fake of «non-brothers» about Crimea is about «shooting» in a non-existent Yalta gymnasium. Calmly! In the Crimean Yalta, everything is calm, sunny, festive. For some, this peace and tranquility is like a bone in the throat.

Find out more:  Irrigation season from the North Crimean Canal system has begun