Crimean budget for 2023-2025 passed the procedure of parliamentary hearings 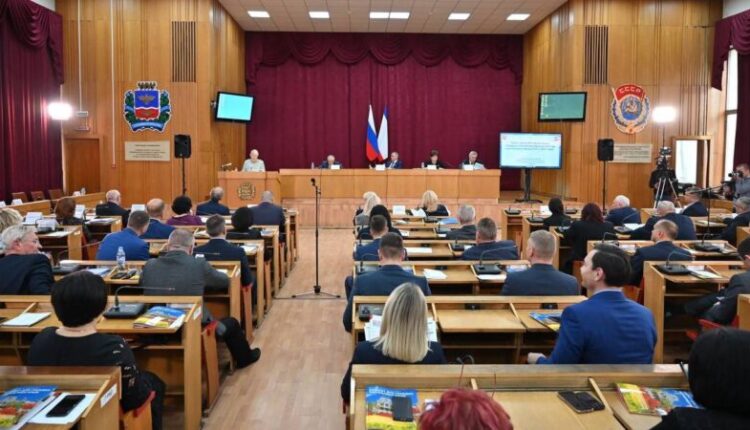 The bill was approved by the deputies of the Republic in the first reading.

Deputies of the State Council of the Republic of Crimea, members of the Crimean government, as well as representatives of the executive bodies of the Republic took part in the discussion of the draft of the main financial document of the republic.

The draft law on the budget of the Republic of Crimea for the next three years has been formed taking into account the main directions of the budgetary and tax policy of the republic, state programs, the implementation of national projects and changes predicted in the economy. The bill provides funding for achieving the development goals of the region in all spheres of public life, including improving the quality of life and social support for citizens, the quality and availability of social services, the creation of modern urban infrastructure , — emphasized at the beginning of her speech Irina Kiviko.

As the Deputy Prime Minister further reported, for the 2023 year, budget revenues are projected in the amount of 230, 5 billion rubles, expenses — 200, 6 billion rubles, deficit — 8.1 billion rubles, which is fully secured by specific sources of funding.

It is planned to cover the deficit in the 2023 year at the expense of the balance of budget funds in the single account of the republican budget at the beginning of the year in in the amount of 3.9 billion rubles due to additional revenues and unused cost savings, as well as by attracting an infrastructure loan from the federal budget in the amount of 4.2 billion , — Irina Kiviko specified.

Target funds will be specified according to the distribution of volumes between the subjects of the federation in the federal budget for the next three years in the second reading, — commented Irina Kiviko.

It is planned to allocate more than 86% of all appropriations, namely 00, 9 billion rubles , — Irina Kiviko drew attention.

After discussing the bill at parliamentary hearings, the draft main financial document of the republic was approved 21 from 56 deputies in the first reading at a meeting of the regular session of the State Council of the Republic of Crimea.

Find out more:  A draft law on the peculiarities of inheritance in new territories has been submitted to the State Duma of the Russian Federation
Share