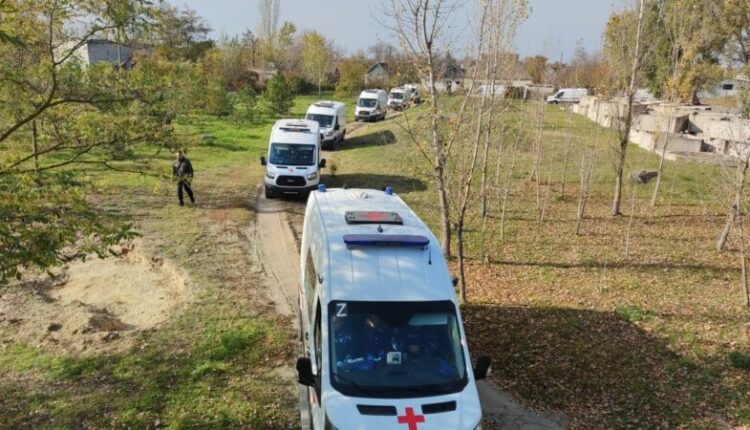 At the weekend ambulance teams helped in the evacuation of people with limited mobility citizens living in geriatric boarding houses. an ambulance brigade was allocated by the Crimean Republican Center for Disaster Medicine and Emergency Medical Aid and 4 brigades — by the Center emergency medical care and disaster medicine in Sevastopol. In total, through joint efforts, 400 people were evacuated from the Kakhovka and Golopristansky geriatric boarding houses, who were taken to the railway station in the city of Dzhankoy and sent to the Voronezh and Rostov region. The patients were accompanied by medical volunteers of the Medical Academy of KFU named after. IN AND. Vernadsky and students of the Kerch Medical College named after G.K. Petrova , — quotes the press service of the Minister of Health of the Republic of Crimea Konstantin Skorupsky.

According to the Minister, earlier the Ministry of Health of Crimea also assistance was provided in the evacuation of patients in need of inpatient treatment, as well as inmates of orphanages and boarding schools.

Find out more:  One hundred Crimean entrepreneurs will be trained in financial and investment management
Share

A queue of trucks was eliminated at the Kerch ferry crossing

Constitutional Court: there is no deadline for replacing foreign driver's licenses with Russian ones