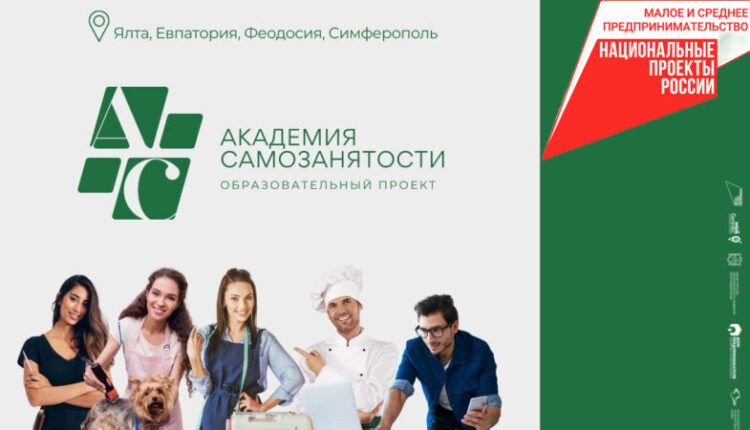 The Crimean Entrepreneurship Support Fund, with the support of the Ministry of Economic Development of the Republic of Crimea, is launching a new project, the Employment Academy. This was announced The events will be held in cities such as Yalta, Evpatoria, Feodosia and Simferopol. There will be master classes for the Crimean self-employed, which will be able to attend about 500 people.

We have chosen four Crimean cities for the master classes. Each master class will last three days and include both theoretical and practical modules. Of course, the main goal of the master classes is to clarify the new tax status and improve the professional skills of the self-employed , — quotes the press service of the Deputy Chairman of the Council of Ministers of the Republic of Crimea — Minister of Finance of the Republic of Crimea Irina Kiviko.

A distinctive feature of the master classes will be not only the combination of practical and theoretical parts in the speeches of invited speakers, but also a specially invited guest — a practicing accountant, a specialist in the field of tax optimization.

The first master class will be held for groomers from 1 to 3 July in Simferopol. Registration is open via the link lk.frbk.ru or by number 8 14 500 38 59.

The project is being implemented within the framework of the national project «Small and Medium Enterprises and Support for Individual Entrepreneurial Initiatives».

Find out more:  Who will be responsible for the poor-quality repair of the bridge on Tolstoy Street in Simferopol

About family, love and fidelity! A holiday of family values ​​will be held in Chersonese Tauride