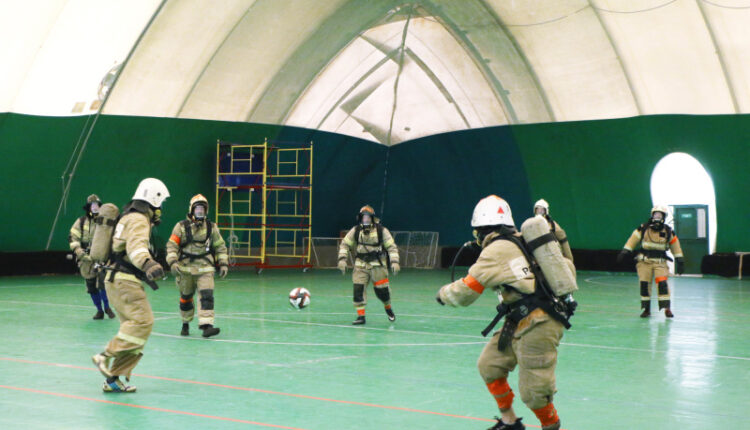 Today in Kerch, competitions in «fire football» among the fire and rescue teams of the Main Directorate of the Ministry of Emergency Situations in the Republic of Crimea were held. This is a young sport that is gaining popularity among firefighters. Its purpose is to assist in the training of personnel in professional activities.

The rules of the game are the same as in futsal: two halves of minutes. The team consists of a goalkeeper, four players in full equipment and two substitutes in the field. Firefighter’s equipment: fighting jacket, helmet, podkasnik, gloves, fire belt with carabiner and breathing apparatus with compressed air.

Find out more:  "Family Matters" in Crimea, part 1: He threw her off the balcony
14
Share

The Crimean said: it's just «weed», he grew it for himself … and the court gave the guy 10 years in prison. Why is that

Now until July 30th. The Federal Air Transport Agency extended the restriction of flights to 11 airports in the south and center of the country