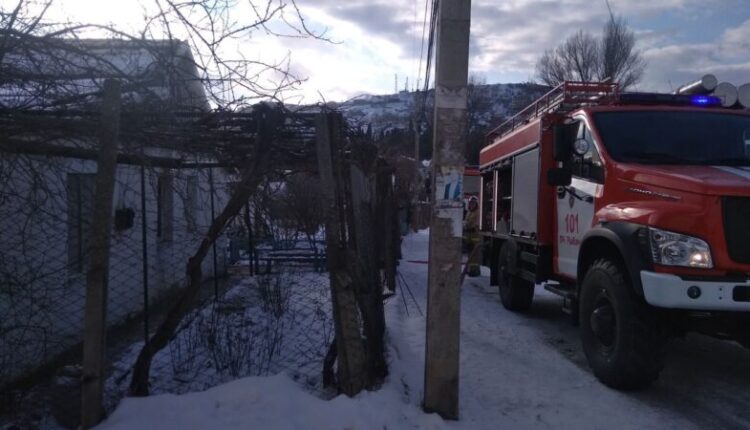 Yesterday afternoon (at : 01) the control panel of the operational fire brigade officer received a message about smoke in a house in the village of Malorechensky (Alushta urban district).

Upon the arrival of firefighters, it turned out that one of the rooms of a one-story residential building was on fire. Having discovered the hearth, the firefighters quickly carried out a combat deployment and proceeded to put out the fire. As a result, the fire was localized and eliminated within minutes , — said the Ministry of Emergency Situations RK.

It is important that this incident did not have serious consequences. Their fire managed to pull out the gas cylinder in time, there was no explosion.

As a result of the fire, personal belongings and pieces of furniture were destroyed. The area was sq. meters. There were no casualties , — noted in the Ministry of Emergency Situations of the Republic of Crimea.

The cause of the fire is being determined by experts.

26271391775Photo: Ministry of Emergency Situations of the Republic of Crimea.

In Sevastopol, remote scammers extorted 2 million rubles from a woman. Put on a whole show

Snowfalls are expected at the end of the week. Storm warning issued