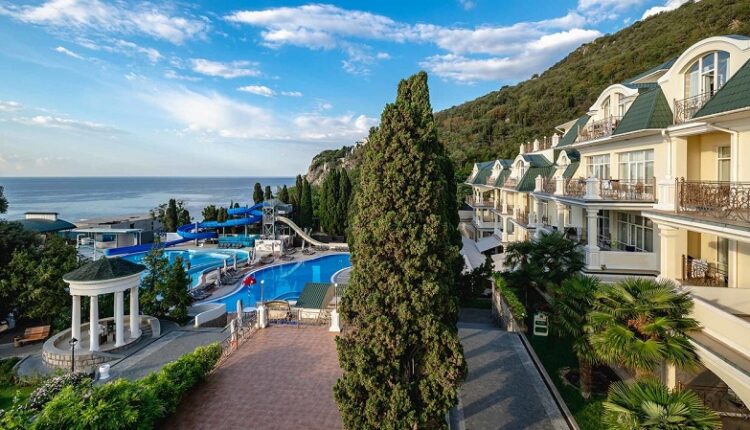 Crimean hotels («Foros» and «Palmyra Palace») became the winners of the «Route built» award. In the nomination «Place of Power» for the title of the best areas of health and medical tourism claimed participants. The first place in the nomination was taken by the sanatorium «Foros Wellnedd & Park», the second place — the hotel «Palmira Palace». Both properties are located in Yalta and are among the popular accommodation facilities in Crimea.

«The route is built» was held in nominations. Each had three winners. Online voting for the contestants was held on the project website. After that, the top three were chosen by the members of the jury, which included representatives of the Federal Tourism Agency, the Russian Geographical Society, and Komsomolskaya Pravda.

Sanatorium Foros Wellness & Park on the southern coast of Crimea is one of the most modern medical facilities on the peninsula. On the territory of the health complex there is a park where you can walk under almost centuries-old pine trees, a department of aesthetic medicine, a spa complex. A special comprehensive program has been developed for the rehabilitation of the body after the coronavirus.

The Palmira Palace Hotel in the resort village of Kurpaty offers an integrative approach to health, considering all the needs of the patient (psychological, physical and social) as a whole. The hotel also offers a special comprehensive program for the rehabilitation of the body after the coronavirus.

As the head of the Federal Tourism Agency Zarina Doguzova noted at the ceremony, the project “The route has been built” has become truly popular and aroused great interest among the inhabitants of the country. According to her, people actively voted for the nominees, the award website collected more than one and a half million views, and it was the popular vote that determined the finalists of the competition, from which the winners were already selected by an expert jury.

Crimea is a territory of health, a territory of safety, there are all the opportunities for recreation and health improvement, a unique climate and Crimean hospitality. The trend for health improvement and treatment in the Crimea has continued this year and is actively promoted by hoteliers, — noted Vadim Volchenko, Minister of Resorts and Tourism of the Republic of Crimea.

The list of sanatoriums and hotels in Crimea offering rehabilitation programs after Covid-19 .

Insulation? What are you talking about! Where entrepreneurs from Crimea can visit this year for the benefit of business