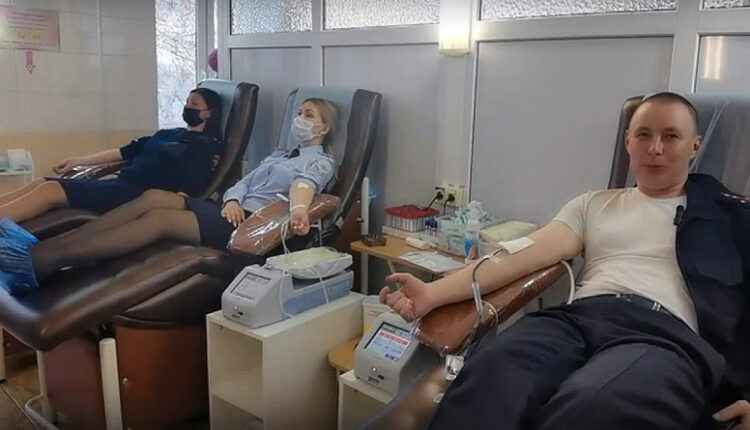 In honor of the National Donor Day, which is celebrated annually on 20 April, police officers of the Republic of Crimea and members of public councils took part in a blood donation campaign.

The action was held in the regional branches of the Blood Center in Simferopol, Yalta and Kerch. Any employee of the internal affairs bodies who had previously passed the examination could take part in it. As a result, the needs of medical institutions received about 10 liters of blood from police donors , the press service of the Ministry of Internal Affairs for the Republic of Crimea reports.

Blood supplies are vital, especially now, when people from the LDNR and Ukraine are arriving in our country, many of whom need help.

Find out more:  Bye weapons. Head of Crimea on the need to disarm the Ukrainian population
5
Share

In Crimea, the Ministry of Emergency Situations checks churches where Easter services will be held