Crimean Youth Theater goes on vacation. Nina Permyakova: «With dignity and honor we are finishing the 35th season» 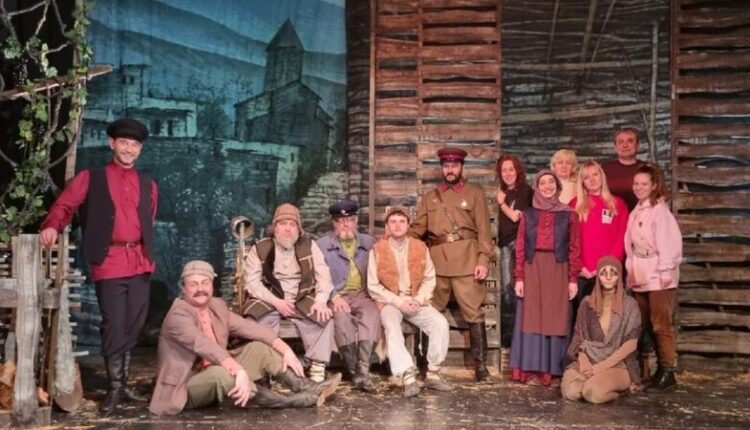 Director of the Crimean State Theater for Young Spectators Nina Petrovna Permyakova summed up the anniversary theatrical season and shared her plans for the next year:

This season was special for us, as we celebrated the theatre’s anniversary. All the tasks that we set ourselves at the beginning have been completed, all the planned premieres have been delivered. They turned out to be interesting, bright, diverse, and the audience took the new performances well. With dignity and honor we finish 22 the season. This theatrical year we showed 26 performances that were visited by more than 26 thousands of viewers.

What performances were released in the 22 season ?

In October, we released two premieres of «Cat PRO» directed by Sergei Tolstykh and «The Innkeeper» by Andrey Permyakov. I staged The Frog Princess, my goal was to create a performance that is interesting for the whole family. This season, the audience was pleased with the musical «Yevpatoria, I love you», which tells about our city. The sensational premiere of «Dead Souls» directed by Irina Faustova was her first work with an adult theater troupe. Sergei Novikov staged a bright, musical play «The Golden Antelope». At the end of June, a conceptual performance staged by Sergei Permyakov «Pinocchio» appeared in our repertoire. It is very interesting, unique, with video projection.

I am proud that such people work in our theater who take up their work and do it with honor.

In the status of the Crimean Youth Theater for the first time the theater traveled within the framework of the program «Big Tours» organized by «ROSCONCERT». Tell us about your trip.

It was very exciting. Our theater was going on tour at the end of March, but since the air connection with the Crimea was closed, the trip became very complicated. We went to the Republic of Udmurtia, the city of Glazov. There is a stunning theater «Paraphrase». He is famous and is the winner of many leading competitions in Russia. The artistic director of the theater is a talented artist, playwright and director Damir Salimzyanov. We showed three of our performances to the audience from Udmurtia: “Dog”, “Munchausen” and “I am a creature”. Tickets were bought back at the start of sales, our performances were sold out. Paraphrase came to us with a return visit in May.

The most interesting thing is that after the trip we already had several spectators from Udmurtia in the theater. Having come to rest in Evpatoria, they came to our theater to see other performances and invited us to come to Glazov again.

We have established a strong friendship with the Paraphrase Theatre, in the future we plan to invite them to our festival Earth. Theatre. Children».

What other tours were in 22 season?

We went to Chernomorskoye with the Frog Princess. The house of culture gathered a full house. There are many spectators who know and love us. The same performance took part in the VI All-Russian festival of theatrical art for children «Fairytale Kingdom», which was held in Sevastopol. They became laureates of the festival, Darina Sharpilo ​​and Vladislav Shamrin, the performers of the main roles of the play, were awarded for the “best duet”.

We went to Kerch to the festival «Bosporan Agons» with the play «I am a creature.»

Traditionally, in the first days of July, the Crimean Youth Theater hosted the festival “Earth. Theatre. Children». What was it like this year?

This year we took the risk of holding the festival, despite the fact that many groups refused to go when the planes stopped flying. From applications, we accepted 8, not all theaters were able to buy tickets. But the geography of the festival was still extensive.

Serious masters and expert advice come to us every year, and 22 the festival did not exception. There were many useful workshops and discussions. The Permyakov Prize this year was awarded to People’s Artist of the RSFSR, artistic director of the Moscow theater «Et Cetera», chairman of the Union of Theater Workers of Russia Alexander Alexandrovich Kalyagin. Andrey and I are going to go to Moscow and personally present the award to Alexander Alexandrovich.

What other events did you remember the anniversary season for?

This season we have changed the chairs in the “red hall” and it has changed a lot, it has become more comfortable and beautiful. We want our viewers to be as comfortable as possible.

Our children, the theater studio «Artishok», under the direction of Irina Faustova, became the winners of the All-Russian festival-competition of amateur creative groups «Culture is us!» and won a grant of 2 million rubles. Our children have become the best in Russia, Crimea has never won such a grant.

What are the theater’s plans for the 36-th season ?

Tasks for the next season are serious as always! Of course, we are already planning the 22th festival “Earth. Theatre. Children». We started working with the Rosconcert on the «Big Tour». If approved, we are planning a trip to St. Petersburg.

A distinctive feature in the 36 season we will have a project for teenagers. There is no specific name yet, it will be drama readings, to which we will invite psychologists, teachers, perhaps there will be an online connection with playwrights. The project is being developed by Sergei Tolstykh with his theater studio. We will select materials that will help teenagers understand that there is a way out of any situation. The topics will be different, we plan to hold several readings per year.

We are thinking about the project «Initiation into the Spectators». Before the performance «Yevpatoria, I love you» we will tell the children about the theater and its features, and after the performance there will be an oath of the audience. We plan to implement it together with schools.

As for the premieres: Andrey Permyakov has now begun work on the play «Kashtanka» with the production team. I’m about to stage Shakespeare’s The Taming of the Shrew. Irina Faustova with «Artichokes» is already creating the play «Mowgli». Of course, there will be a New Year’s premiere, while «Peter Pan» is in the plans.

The entire creative team goes on vacation on August 8, only the economic part remains, the workers of which will put everything in order so that everyone will come back to a cozy, clean theater. And we will open the season September with the play «Evpatoria, I love you «.