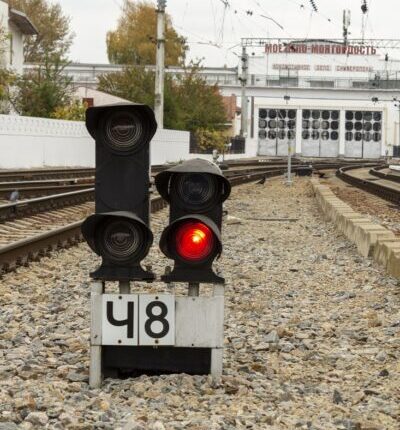 The duty unit of the Crimean Linear Directorate of the Ministry of Internal Affairs of Russia on Transport received a message from the duty officer at the Dzhankoy railway station that a person was hit by a passenger train «Moscow — Simferopol» at Urozhaynaya station at night.

Immediately, an investigative and operational group of the Linear Police Department at the Dzhankoy station was sent to the scene. The driver gave a sound signal, applied emergency braking, but the collision could not be avoided. A 33-year-old resident of the Krasnogvardeisky district is mortally injured. An audit is currently underway. The train crew and relatives of the deceased are being questioned. The collected materials will be transferred to the investigating authorities , — the details of the tragedy were announced in the press service of the Crimean LU of the Ministry of Internal Affairs of Russia on transport.

Transport police officers remind residents and guests of the Republic of Crimea about personal security measures at transport infrastructure facilities. Use only designated railroad crossings. Do not run across the tracks in front of a moving train. Do not move under the wagons. Do not climb on the wagons, as the contact network has high voltage. Do not use headphones when driving along and across railroad tracks. Do not let children play near railroad facilities.

33photo: press service of the Crimean LU of the Ministry of Internal Affairs of Russia on transport

Find out more:  Expert opinion: selling OSAGO in installments will be a useful option
8
Share