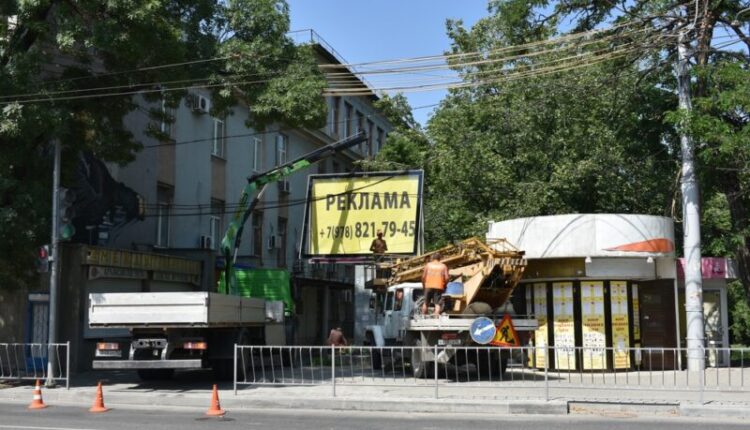 In Simferopol, work is underway to dismantle advertising objects installed without legal grounds. This was told by the head of the outdoor advertising and information department of the administration of the Crimean capital Alim Jalilov.

According to him, since the beginning 2022 of the year, 210 illegal advertising structures have been dismantled in the city: by the administration, with the involvement of contractors — 56, owners of structures according to issued prescriptions — 154.

Illegal advertising objects are detected by the Department of Outdoor Advertising and Information of the Simferopol Administration. An appropriate address list is formed and sent to the city administration department for execution. In turn, the department performs the function of enforcement, if the owners of illegal advertising structures did not independently dismantle them within the prescribed period , — Alim Jalilov noted.

Melitopol — from Simferopol. Collection of humanitarian aid continues in the…

Attention motorists! Traffic blocking in the center of Simferopol