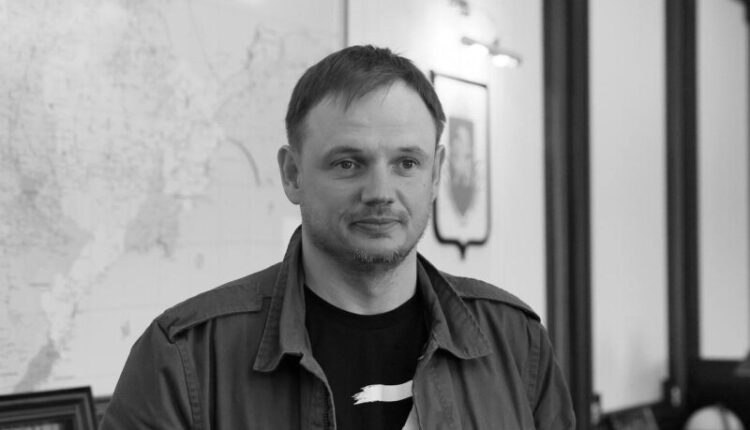 Kirill Stremousov, deputy governor of the Kherson region, died in an accident near Genichesk. There are no details of the tragedy, but the death is officially confirmed. He was 45. Stremousov left behind a wife and children.

Kirill was one of the brightest, able to speak and present to people the truth about what is happening in the Kherson region. He worked without a machine gun. He worked with his word and ability to speak. He has been on the front line, he has been in the rear. He visited both the territory of the region and Kherson itself. And wherever he appeared, he spoke clearly and sincerely about what was happening. There are few people who know how to convey to people the truth, and what is said is absolutely open, free and accessible. It will also be difficult to talk about the tragedy to his family and friends. He is a father of many children — he has five children and the sixth is due soon. Of course, we will take care of all of them, but, unfortunately, Kirill cannot be returned , — said the acting governor of the Kherson region Vladimir Saldo.

The head of the Crimea, Sergei Aksyonov, said that the family of the deputy head of the administration of the Kherson region, Kirill Stremousov, would be provided with all the necessary support.

Kirill Sergeevich Stremousov died. A huge tragedy, an irreparable loss. There are no words. He was a real fighter, a patriot of Russia, an honest and courageous man. The most sincere and deepest condolences to the family and friends of Kirill Sergeevich. Eternal memory and the Kingdom of heaven! The family will be provided with all the necessary support , — said Aksyonov.

Speaker of the Crimean Parliament Vladimir Konstantinov called Stremousov a real patriot of Russia, a fighter for the Russian world.

Today is overshadowed by tragic news for us — the deputy head of the administration of the Kherson region, Kirill Stremousov, died. He was a very brave man, a patriot of Russia, a fighter for the Russian world. His death is a great loss for Kherson. I express my deep condolences to the family of Cyril, his relatives and friends, residents of the Kherson region , — said Konstantinov.

The Governor of Sevastopol, Mikhail Razvozhaev, called the tragic death of Stremousov an irreparable loss.

He was a true patriot of Russia, brave and courageous, in any situation he remained in touch and considered it his duty to inform the inhabitants of the Kherson region about what was happening. So it was this morning , — said the head of Sevastopol, expressing condolences to the family and friends of Stremousov.

The first photos from the scene of the accident in which Kirill Stremousov died have just appeared. One can only guess how strong the blow was, if only a pile of iron remained from the SUV.

Find out more:  In Sevastopol, they said goodbye to a volunteer - the hero of the NWO

«Cyber ​​Literacy Marathon»: for Crimeans — about ways to protect funds from fraudsters