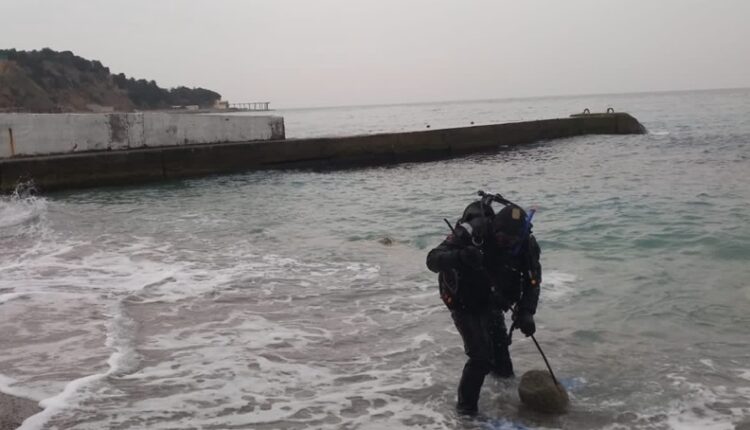 On the eve of the holiday season, the employees of KRYM-SPAS began to carry out a set of organizational and practical measures aimed at ensuring the safety of residents and guests of the Crimean peninsula at water bodies during the holiday season.

Divers of the Yalta emergency rescue team of the GKU RK «CRIMEA-SPAS» conducted a diving inspection and cleaning the bottom of the water area of ​​two sanatorium-resort beaches in the city of Yalta and in the village. Gaspra. During the work, from the bottom of the sea, employees of the emergency department removed fragments of metal structures that pose a potential danger. Rescuers cleared the water area at a distance of meters from the water’s edge and to a depth of 2 meters. The total area of ​​the surveyed territory was 7 971 sq. meter, — reported the Ministry of Emergency Situations of the Republic of Crimea.

Recall that diving inspection of the bottom is mandatory for official beaches. Inspection and cleaning of the bottom of the water area of ​​the beach should be carried out by divers of organizations that have permission to carry out this type of work in accordance with the requirements of the Intersectoral Rules for labor protection during diving operations. The opening of the beach without a permit for its operation issued by an authorized official is prohibited.

Find out more:  If you swear "neighbourly" - watch your language: a threat can lead to prison. What did the quarrel in Sevastopol lead to
4
Share

Night fire in the Kirovsky district of Crimea