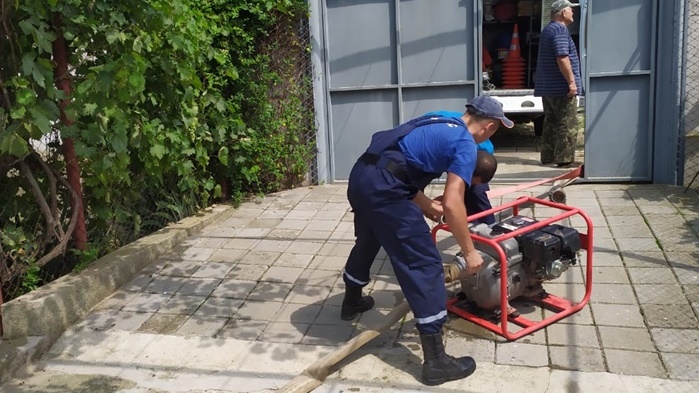 02 August, at 15: 10, KRYM-SPAS received a message that as a result of heavy rainfall, the adjacent territory in the village of Ilyichevo, Leninsky district, was flooded. Rescuers help required.

Upon arrival, employees of the emergency department, using a motor pump, began pumping water from the local area, thereby preventing it from entering the dwelling. In total, more than 10 cubic meters of water were pumped out by rescuers during their work. There were no casualties , — reported in the «CRIMEA-SPAS».

Find out more:  The court sentenced the members of the group for committing crimes in the field of drug trafficking
13
Share