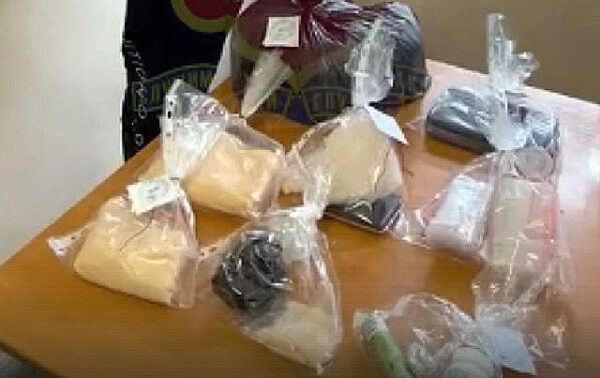 In Yalta, as a result of operational-search activities, drug control officers of the Ministry of Internal Affairs, with the power support of the Grom special unit, detained a 39-year-old local resident on suspicion of drug trafficking.

In the interior of the Mercedes the suspect was driving, the police found 4 plastic bags with amphetamine weighing about 20 grams.

In the course of further activities during a search at the place of residence of the detainee, the police found and seized a plastic container with a substance pressed in the form of a stone, a roll of foil with the same contents and a cardboard flask with white powder. When inspecting the garage, a carefully equipped cache was found, where there were electronic scales, packaging material and another batch of drugs , — the press service of the Ministry of Internal Affairs for the Republic of Crimea reports.

As a result of search activities, the police seized 620 grams of amphetamine, 6 grams of cocaine and more than 430 grams of marijuana from the Yalta resident. The composition of narcotic substances was confirmed by the results of the examination.

It was established that the man was supplying consignments of drugs from Moscow to Yalta, after which he sold to a narrow circle of acquaintances and organized the work of couriers.

The Investigation Department of the Police Department of the OP No. 3 «Massandrovsky» of the Ministry of Internal Affairs of Russia for the city of Yalta initiated a criminal case on the grounds of a crime under Part 3 of Art. 30, Part 5 of Art. The detainee faces a punishment of 15 years to life imprisonment , — clarified the police.

The attacker was taken into custody.

Find out more:  Hiking in the vicinity of the Angarsk Pass ended for a Crimean with a leg injury and a call to rescuers
1
Share

In Simferopol, three raiders were convicted — they “bombed” a gas station