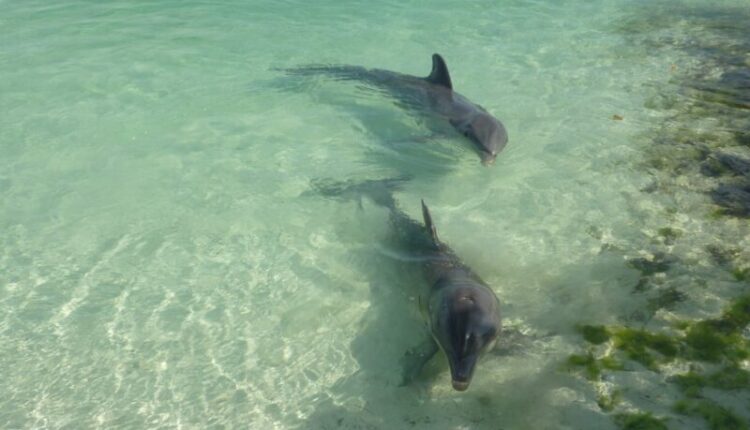 Ecologists, volunteers of the Dolphin Rehabilitation Center , together with employees of the Sevprirodnadzor, patrol the waters of the bays of Sevastopol in search of bottlenose dolphins released «at will» from the Dolphinarium «Flipper». A lot has been written about this strange and wild situation, here is .

Experts explained why what the owner of the dolphinarium did with his pets is unacceptable. And it’s not even about the moral side of the issue — «we are responsible for those we have tamed.» There are also rational, biological reasons. In «The Serene Sea» they emphasize:

The spontaneous return of a dolphin from an artificial environment to the sea without medical supervision, readaptation, following international protocols (containing many criteria) and tracking fate is not a “liberation”, but an arrogant and cruel experiment.

356912 Such cases have already been in world practice and ended in failure. Luther and Buck’s bottlenose dolphins can be cited as an example — in 128 they were illegally released into the Gulf of Mexico, after 16 years of living with people. A few days later, Luther was repeatedly seen begging for food on the wharfs. He was approached by the Dolphin Research Center in an attempt to get him to safety, and he followed their boat into the marine enclosure. At that time, he had several deep lacerations on his side. Buck disappeared from the area and was only seen a few months later, extremely emaciated, injured and begging for food from the boatmen. He also independently followed the boat into the enclosure. The examination recognized that both dolphins were not prepared for survival in the wild, their health was seriously affected, and they were in danger of death. The people who released them (Rick O’Barry and Lloyd Good) were found guilty of cruelty to marine mammals and fined.

Four bottlenose dolphins from the dolphinarium in Sevastopol — Styopa, Maya, Zoya and Tosha were kept in captivity for more than years. They just don’t have the skill to forage in the wild. Probably dolphins will try to cling to people. Therefore, IMPORTANT: if you notice animals in the sea or near the shore, report to the hotline: +7 (978) 032-032-59.

Find out more:  On behalf of the President of the Russian Federation, Crimea will receive seven mobile medical complexes