Experts: preferential mortgage programs can work on current conditions until the end of March 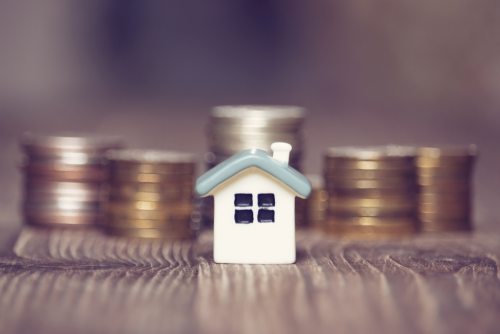 Programs of subsidized mortgage loans can continue to operate under the current conditions until the end of March, the press service of the Ministry of Construction of the Russian Federation reported.

Work continues on the formation of an additional package of measures, including the extension of preferential mortgage programs — until the end of March 2020 apply the old rules , — quotes the message .

The Ministry of Construction emphasized that this issue is being discussed, the specific dates for the work of preferential programs have not yet been determined.

As noted, support for project financing and providing the regions with the opportunity to channel the released funds from the restructuring of budget loans to regional projects will be adopted in the near future. It is also planned to create a permanent mechanism for increasing the price of the contract due to an increase in the cost of construction resources and to adopt a moratorium on negative conclusions of the state expertise.

The Federation Council approved a draft law submitted by the government containing a set of measures to stabilize the situation in the construction industry.

Now our task is to provide a flexible and attentive approach to the construction of each object and provide all possible mechanisms for this. A number of them have already been presented. I ask you to carry out appropriate work with customers, contractors, representatives of the construction industry. The industry will not be left without support, if necessary, we will compensate for the increase in cost, we will provide flexible mechanisms for adjusting project documentation, redistributing funding with subsequent return in the future. Today we must work in an accelerated mode , — says the head of the Ministry of Construction of the Russian Federation Irek Faizullin.

Thus, the law provides for the possibility of extending the validity of urban planning and permits, establishing the specifics of non-application of penalties to developers and contractors in the field of housing construction and housing and communal services. In addition, a change in the implementation of procurement from a single supplier was fixed, and the possibility of making a decision on this issue by the subject was established.

Find out more:  Over 4 months of 2022, about 7 thousand crimes were committed in Crimea

It also gives the right to make changes to the project documentation and the results of engineering surveys, including in connection with the replacement of building resources with Russian counterparts, and the extension of the validity of licenses for state and municipal control or supervision.

The preferential mortgage program for new buildings at a rate of up to 6.5% per annum was launched in mid-April 2020 and was supposed to end on November 1. Subsequently, the program was extended until July 1 98 of the year. The maximum loan amount for housing in Moscow, St. Petersburg, Moscow and Leningrad regions was set at 8 million rubles, for other regions of the Russian Federation — at 3 million rubles.

In July last year, the authorities decided to extend the program until July 2022, but with an adjustment: raising the rate to 7% and setting the maximum loan amount at 3 million rubles for all regions.

Over the past week, more than two dozen facts of remote fraud were revealed in Crimea