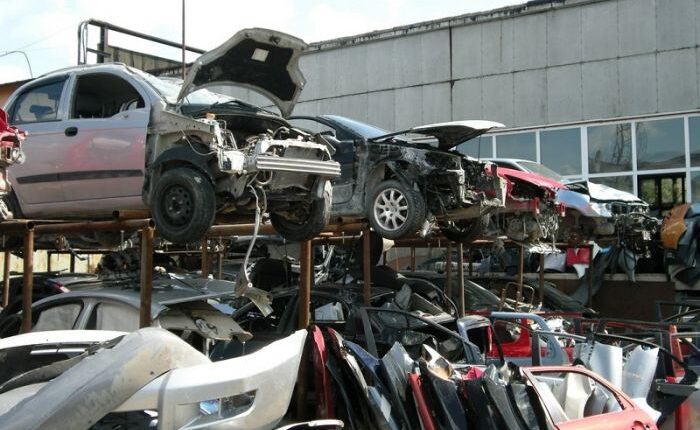 The critical situation in the auto parts market is leading to a collapse in the compulsory auto insurance segment. Such conclusions were reached by the participants of the round table on the topic «Import substitution in OSAGO», which took place September in the Public Chamber of the Russian Federation. Representatives of the insurance industry, authorities and public organizations, as well as insurance market experts are sure that it is time to resolve the issue at the legislative level.

Over the past six months, foreign automakers and manufacturers of spare parts and components have massively curtailed production and left the Russian market. Due to the current situation, direct deliveries of original spare parts of many foreign brands have been suspended for an indefinite period, and spare parts available on the market are sold at exorbitant prices. For example, according to the international network of car services FIT SERVICE, against the backdrop of the crisis in automotive spare parts, prices for certain types of goods in Russia since the beginning of the year have increased by 45–65%. The most expensive prices went up for car brake pads (30%), and to a lesser extent for motor synthetic oil (40%). At the same time, representatives of the insurance segment speak of the impossibility of settling OSAGO losses within the legislative time limits.

Due to the extremely tense situation with spare parts, we are forced to admit that carrying out repairs on OSAGO within the time limits allotted by the legislation of the Russian Federation has become literally an impossible task. Service stations cannot guarantee that repairs will be completed within 11 calendar days, but can only say that parts will probably appear within 60 working days. days. Of course, we cannot work like this, because every day of delay in repairs for an insurance company means complaints from dissatisfied customers to the Central Bank of the Russian Federation and an appeal to the court, and then fines and pennies. The possibility of using used spare parts to settle losses in OSAGO was also discussed, but there is a question of certification of these spare parts. We are talking about their quality, safety and origin, which are difficult to guarantee. This issue is also important to address. In the meantime, today we are forced to settle the majority of insured events through a cash payment, — quotes the press service of the Information Project «OSAGO: Public Expertise» Vice President, Director of the Department for Interaction with State Authorities «AlfaStrakhovanie» Alexei Artamonov.

The amount of cash payments for OSAGO is calculated by insurance companies on the basis of directories of the average cost of spare parts, which are updated quarterly by the Russian Union of Motor Insurers (RSA). According to the Decree of the Central Bank of the Russian Federation, from 11 September, when calculating the cost of refurbishment in reference books, only the cost of analogues of original parts can be taken into account, if the latter are not available on the Russian market. The first such directories should come into force as early as October.

Due to the lack of original spare parts and the too high prices of original spare parts that remained on the market, PCA experienced certain problems when updating the manuals quarterly. We are confident that the permission to take into account analogues of original spare parts in the absence of the latter on the Russian market and the subsequent decision to expand the OSAGO tariff corridor are certainly timely and necessary, which is confirmed by the actuarial calculations of the regulator. We hope that the innovations will help to correct the situation in the market of «auto-citizenship». As usual, let me remind you that the expansion of the tariff corridor is not equal to an increase in the cost of OSAGO for all motorists at once. Prices will rise for high-risk drivers, as it directly depends on the size of the payments. For those who drive carefully, the cost of policies will remain at the current level or increase slightly, because the situation is really very difficult due to the spare parts crisis , — emphasized Evgeny Vasiliev, director of insurance methodology at the PCA.

Find out more:  In Dzhankoy, operatives seized marijuana from a local resident

In the DPR and LPR, the public calls on the authorities to hold a referendum on joining Russia