Extraordinary situation at the Belbek military airfield near Sevastopol 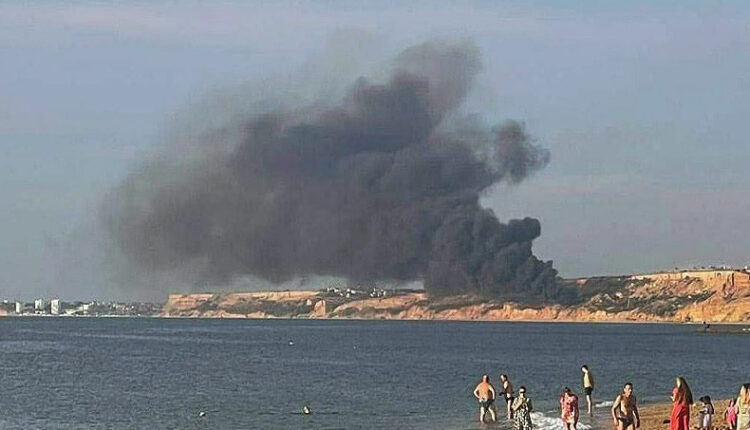 This afternoon, a lot of videos and photos with smoke appeared in social networks and instant messengers in the area of ​​​​the Belbek military airfield near Sevastopol. Let’s say right away that all the «conspiracy theories» from: «arrived» to «fire and detonation» are not true. We operate with official information. And it is this: an emergency situation has occurred. According to rescuers, during landing, the plane skidded off the runway and caught fire.

A more accurate commentary of the Tao by the governor of Sevastopol Mikhail Razvozhaev:

The aircraft during landing went beyond the runway, there was a partial detonation of ammunition. The pilot managed to evacuate. The fire was promptly extinguished, the airfield was not damaged.

The video of the emergency got on an amateur video (we apologize to the author for the «anonymity» of the video, but it is massively replicated in social networks in this form).

Find out more:  November 30 - the day of Andrei Autumn, the day of Gregory. What is the weather like and will be all winter
Share

October 2 is the day of Trofim and Zosima. Be sure to eat a spoonful of honey