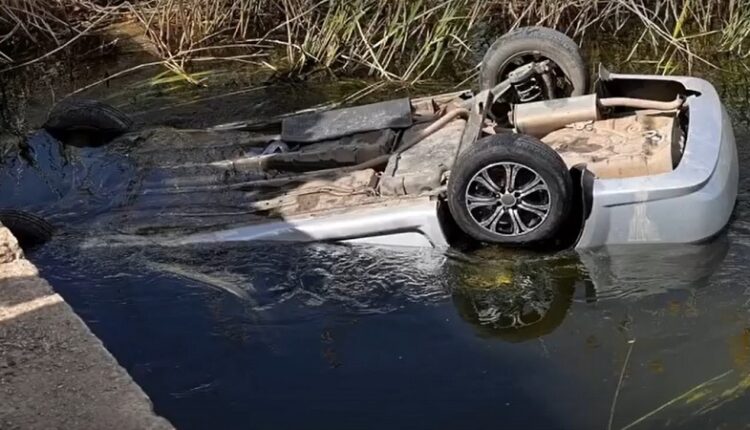 On the eve of the afternoon (10 of May, in 14: ) in the Dzhankoy district, an accident occurred in which the driver of the car died » Chevrolet Aveo. As clarified in the traffic police, the tragedy happened on the Pobednoye-Slavyanskoye highway. The foreign car fell off the bridge into the river.

The driver of the Chevrolet Aveo car, moving from the village of Stalnoye, Dzhankoy district in the direction of the city of Dzhankoy, did not provide the possibility of constant control over the movement of the vehicle, did not take into account the weather and meteorological conditions, did not accept possible measures to reduce speed up to the stop of the vehicle, as a result of which he hit an obstacle in the form of a fence (bridge), after which he overturned into the river. As a result of an accident, the driver of the car died at the scene before the arrival of an ambulance , the Ministry of Internal Affairs for the Republic of Crimea reported.

An investigative team and police officers worked at the scene of the accident. An investigation into the fatal accident is underway.

Find out more:  The hammer fell under the arm: a man will be judged in Sevastopol - he threatened a neighbor with violence
3
Share

In Simferopol, the thief climbed into the garage and «got hold of» the wheels