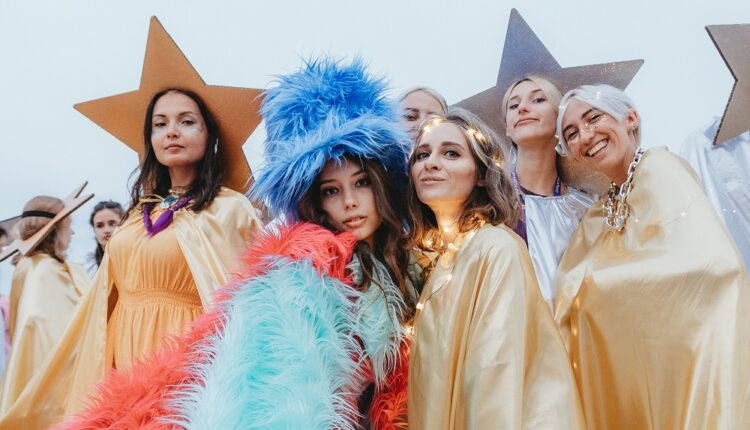 Festival of Creative Leaders of Change «Tavrida.ART» will be held from 12 on 09 July in the Crimea, in the Kapsel Bay near Sudak. 3 346 participants from all over the country will gather at one platform for creative self-expression and the search for like-minded people. The festival will be dedicated to an open window of opportunity and support in the conditions of the «new economy» and import substitution. Registration for participants is already open on the website .

Young people aged from 18 before 35 years. Traditionally, the site will be attended by: residents of the art cluster «Tavrida» and young figures of culture and arts; bloggers and influencers, creators of youth publics in social networks and representatives of student media; laureates, finalists and winners of projects of the presidential platform «Russia — the land of opportunities»; representatives of the #MYVMESTE mutual aid campaign, leaders of volunteer movements and NGOs; participants of the Big Change contest and their parents; participants of the All-Russian Festival of Historical Reconstruction. For the first time active members of the forum campaign of the Federal Agency for Youth Affairs (Rosmolodezh), students of secondary and higher educational institutions will join the audience. Participants will be accommodated in thematic art quarters.

The main theme of this year’s festival is «Difficulties = Opportunities». We will reveal it in the educational formats of Meganomics, a program from the future University of Creative Industries. Top experts will raise issues of using the open window of opportunity and creating a system to support young creators in the new conditions of import substitution in the creative industries. And, speaking of opportunities, one cannot fail to mention the casting platform, which will hold selections for festival participants in popular media projects, leading companies and organizations , — says the head of the art cluster Sergey Pershin. –

By the way, we are already launching castings for the festival. Young artists can leave an application on our website, pass the selection and perform on one of the stages of Tavrida.ART.

Another tool for realizing creative potential will be the Rosmolodezh grant competition. The All-Russian competition of youth projects will again be held at the Tavrida.ART site, its winners will receive up to 1 500 rubles per bringing your ideas to life.

Tavrida.ART will become one of the key events of the Year of Cultural Heritage of the Peoples of Russia. On the stages of the festival, spectators and participants will see the result of collaborations between traditional culture and contemporary art. One of the main annual events of the project — the Residents’ Show — will be held in the theme of the Ivan Kupala national holiday, and young artists will perform in duets with famous performers. At the fair-exhibition of folk crafts, festival participants will be able to get acquainted with the works of the best Russian craftsmen and attend master classes.

Festival participants are waiting for bright musical projects with performances by residents of the art cluster. An ethno-tribute dedicated to the work of Viktor Tsoi is planned on the main stage: in the year 29-anniversary of the musician’s birth, cover versions of his hits will be performed on the stage. Another dedication to well-known performers will be a show-recognition of the work of folk artists, where young creators will sing popular compositions of Russian stage stars in new arrangements. The headliners of the festival will perform in the new Folk Karaoke format: thousands of participants will have the opportunity to sing hits with their favorite performers.

Well-known figures of culture and art will take part in the creation of the Festival events. The director of the colorful art procession will be the owner of the Golden Mask, Alexei Frandetti. In honor of anniversaries in the history of Russian art, special projects will be organized. TO 100 anniversary of Russian jazz, a concert by a jazz orchestra conducted by Igor Butman will take place, and by 90 — anniversary of Sergei Diaghilev — performance of ballet stars of the Bolshoi and Mariinsky theaters.

«Tavrida.ART» will again become a festival of festivals and unite more than 100 events. The finals of creative competitions will be held at the site. The choreographic battle «Kings of the Lezginka» will determine the best performer of the Caucasian dance. And among the regional teams in creative areas — «dance», «vocal», «street art» and others — the final of the competition «Champion.ART» will be held.

Tavrida.ART participants are waiting for the festival of air figures, which will last all days of the program, as well as the drone show, the festival of modern painting and art, the festival of street theaters, the show of young Russian designers, events with the participation of Legends of Taurida, the author’s song festival and other events.

The format of participation of spectators in the festival «Tavrida.ART» will be determined later.

Reference information: The Tavrida.ART festival will be held in Crimea for the fourth time. The festival is part of the Tavrida.ART ecosystem of projects, which helps young people realize their professional potential in the creative industries, culture and art. The ecosystem is included in the federal project «Youth of Russia» of the national project «Education» and is implemented with the support of the Federal Agency for Youth Affairs (Rosmolodezh). Tavrida began its history in 751 year, when it received the status of the All-Russian Youth Educational Forum. For seven years, the project has been transformed into a single ecosystem.

Find out more:  Volodymyr Konstantinov - about the big problem of Ukrainians
1
Share

Where do tourists want to stay in hotels? In Moscow, St. Petersburg, Krasnodar Territory and Crimea, most often