Fire in the resort Nikolaevka: hotel rooms were burning … in the boathouse 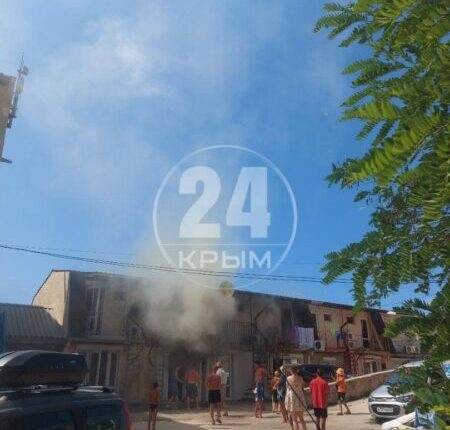 The Prosecutor’s Office of the Crimea is checking on the fact of fire on the territory of one of the boat cooperatives in Nikolaevka. It is reported that this afternoon smoke occurred in one of the premises, which was eliminated by the residents living independently before the arrival of operational services.

According to preliminary data, the cause of the fire is a short circuit in the electrical wiring located in the building.

During an organized audit, a legal assessment will be given to the actions of responsible officials, including for compliance with the requirements of fire safety legislation , the prosecutor’s office reported.

Let’s clarify: a fire due to an electrical short circuit happened in … rooms for relaxation. True, the building itself is a three-storey (!) slipway for boats and yachts.

The area of ​​the fire was ten square meters. No victims or injured.

Find out more:  A Sevastopol citizen can “sit down” for five years for publications in social networks
11
Share

There is tinting on car windows — think about whether to go to Sevastopol. There with it strictly