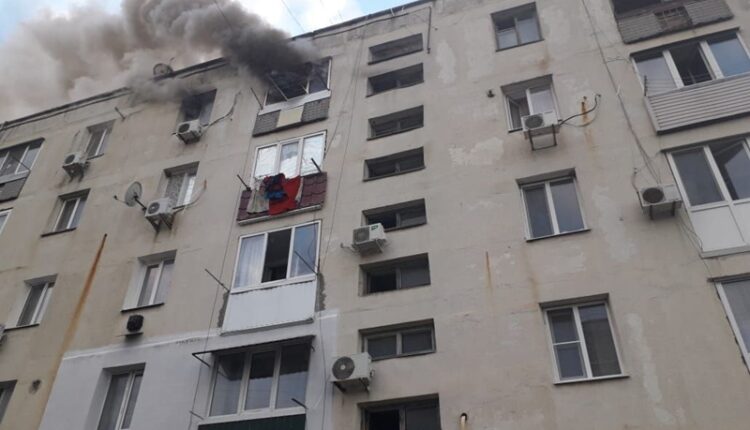 A fire in an apartment on the fifth floor of an apartment building in the village. Primorsky (city district of Feodosia) the day before.

There was heavy smoke and there was a threat of fire spreading to neighboring apartments. Employees of the Ministry of Emergency Situations promptly took two people out of the apartment, and also evacuated 20 residents, including 6 children from neighboring apartments. Firefighters laid hose lines and localized and extinguished the fire within 2 hours. The area was 05 sq.m. Thanks to the prompt and well-coordinated work of the Crimean rescuers, it was possible to avoid a further «transition» of fire. As a result of the incident, the apartment was almost completely destroyed by fire. There were no casualties. Experts are investigating the reasons, — the details of the incident were announced in the press service of the Russian Emergencies Ministry in Crimea.

The Ministry of Emergency Situations of the Republic of Crimea draws the attention of residents and guests of the peninsula to the need to comply with security measures:

456264 operate electrical appliances in accordance with the requirements of the manufacturer’s operating instructions;

do not plug several powerful electricity consumers into one electrical outlet at the same time, overloading the power grid;

If you have become a participant or witness of a tragedy, an accident, or found yourself in a difficult situation, you should immediately contact the rescue service by calling “20″ or «101». Take care of yourself and your loved ones!

Find out more:  The Federation Council dealt with the health problems of the Crimea
Share