Fire on the Ai-Petri Plateau. Cafe burned down 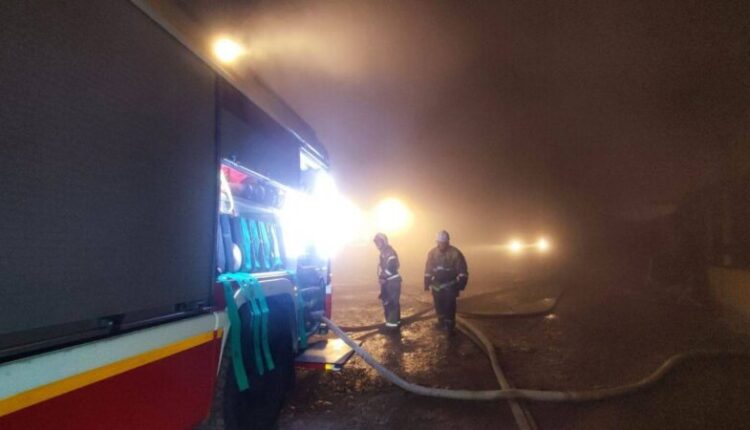 November 5, at 21.21 the Crisis Management Center received a report of a fire in a cafe. Located on the Ai-Petri plateau in the village of Okhotniche. Fire and rescue units of the Main Directorate of the Ministry of Emergency Situations of Russia for the Republic of Crimea were immediately sent to the scene.

As clarified in the emergency department, it took more than 6 hours to extinguish the fire.

Upon arrival, it was found that the cafe and the outbuilding adjacent to it were on fire. The fire was localized in 20: 26, and completely extinguished in 3: 09. The total area of ​​the fire was 1 200 sq. meters , — reported in the Main Directorate of the Ministry of Emergency Situations of Russia for the Republic of Crimea.

In total, forces and means from the RSChS were involved in the elimination of the fire: 25 people and 9 pieces of equipment.

The fact of the fire on Ai-Petri is being investigated by the Crimean prosecutor’s office.

As part of the audit, compliance with the requirements of fire safety legislation, as well as the actions of authorized control and supervision bodies, including the adoption of preventive measures to prevent violations of fire safety requirements , will be assessed in the supervisory authority.

If there are grounds, prosecutorial response measures will be taken.

According to the head of the administration of Yalta, Yanina Pavlenko, a cafe and adjacent outbuildings burned down.

Fortunately, there were no casualties. Law enforcement officers are on the scene. According to preliminary information, the emergency operation of the power grid section and violation of fire safety requirements during the operation of the potbelly stove are considered the causes of the fire. The presumed place of the fire is the kitchen area of ​​one of the cafes. We are waiting for the conclusion of the fire-technical examination , — Pavlenko noted.

A man died in a fire in Yalta